Skip to content
Home Nature This Fish Hides in the Sand Face Up Gazing at the Stars, Making You Forget It Shocks Like an Eel These curious-looking fish have eyes on top of their heads. That’s why they are called Stargazer. 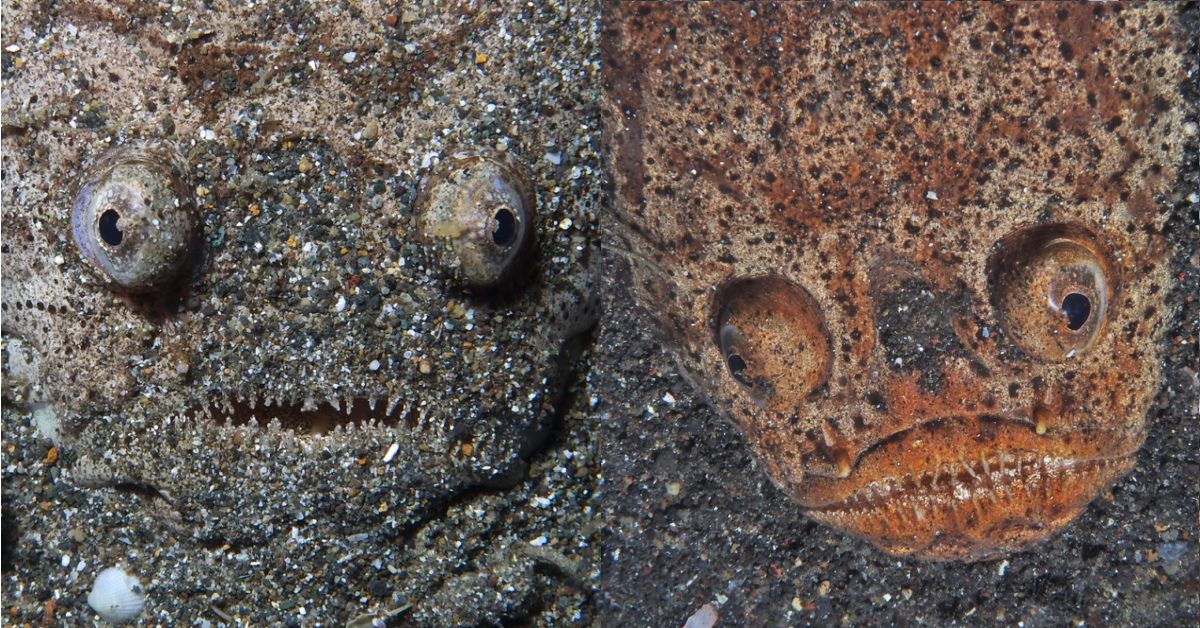 In addition to the top-mounted eyes, the stargazer also has a big, upward-facing mouth in a large head. The bulging eyes and frowny mouth are brilliant adaptations for an ambush predator. And they look extremely otherwordly when they are all what you can see of the fish.

Stargazers (family Uranoscopidae) are venomous; they have two large venomous spines situated behind their opercles and above their pectoral fins. Some stargazer species can also deal out electric shocks, much like electric eels do. They are unique among electric fish though, inasmuch as they do not possess specialized electroreceptors.

Some of these perilous guys can deliver both venom and electric shocks. They camouflage themselves by getting immersed in the sand on the seafloor, and ambush their prey from there. 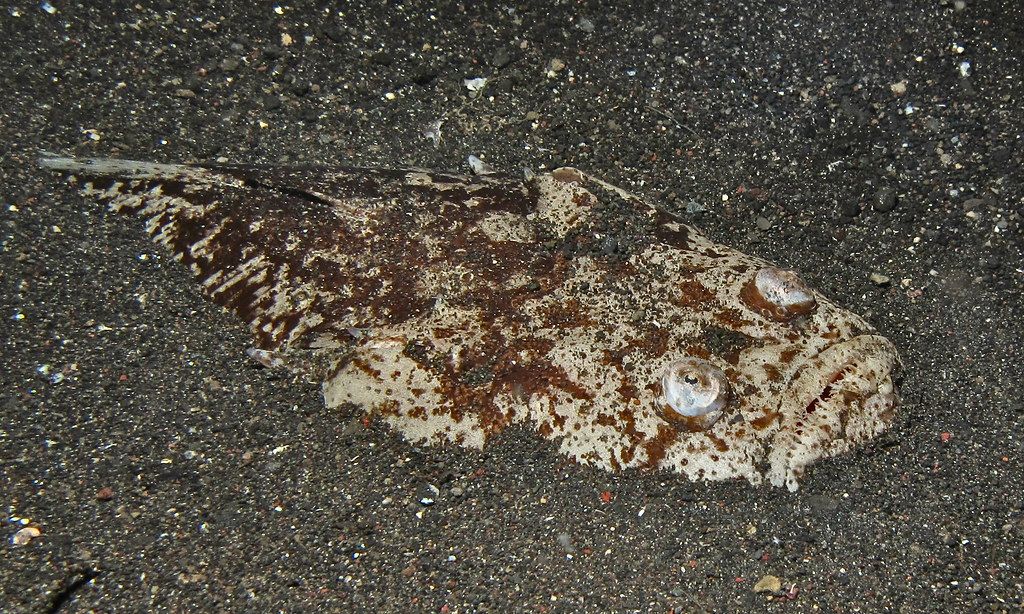 So the stargazer is buried there, taking its time, probably thinking about food and stuff. Being buried alive has the added bonus of hiding the fish from their own enemies swimming above. Some species have a worm-shaped lure growing out of the floors of their mouths, which they can wiggle to attract their prey’s (fish and crustaceans) attention.

“They’re able to stick this out of the mouth when they’re burrowed, resembling a segmented worm to draw the attention of other fish,” says systemicist Martin Gomon of Australia’s Museum Victoria. (Anglerfish utilize a similar ruse, only their lures are actually modified dorsal spines).

Ichthyologist Dr. William Leo Smith playfully called them “the meanest things in creation.” Indeed, curious fish expecting an easy meal may get an unhealthy dose of death instead. All the stargazer has to do is rapidly open its gaping maw, and the resulting vacuum drags the prey to its doom. It’s so effective, in fact, that the fish has no need for big, pointy teeth to snag prey. So its chompers are relatively tiny.

That said, stargazers can become prey too – not least of humans. They are a delicacy in some cultures (the venom is not poisonous when eaten), and they can be found for sale in some fish markets with the electric organ removed. 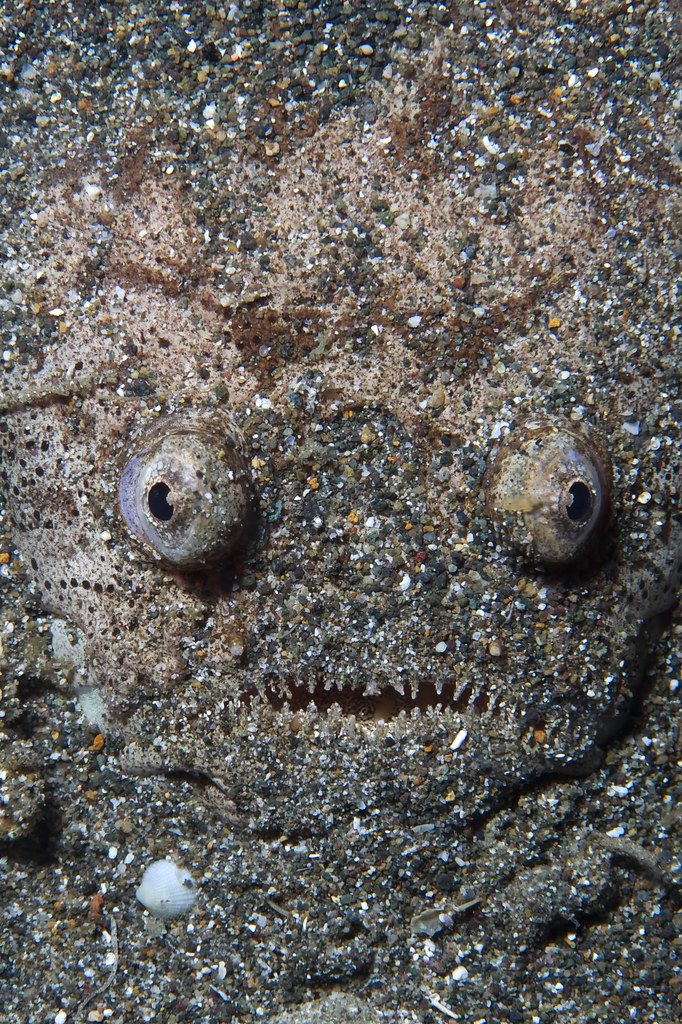 The stargazer’s lifestyle comes with some serious challenges though. For instance, it has to worry about the water flowing out of its buried gills kicking up sand. If a potential prey animal sees the substrate bubbling up around the predator, it will quickly swim away. So the stargazer has a clever adaptation: its gill covers have finger-like projections on the edges that better disperse the water coming out, instead of firing it out as a solid jet.

The fish’s mouth, too, is fringed with frills to keep sand from falling in as it gulps water. And it’s not only about the stargazer being unwilling to choke to death. Sand is, of course, super abrasive. “What you want to do is minimize the amount of sand that damages the gills over time,” says Gomon.

So going unseen definitely has its price. But – as you can see below – it’s a strategy that eventually pays out.

The bulging eyes and frowny mouth are brilliant adaptations for an ambush predator. Wouldn’t you mistaken it for the seafloor? 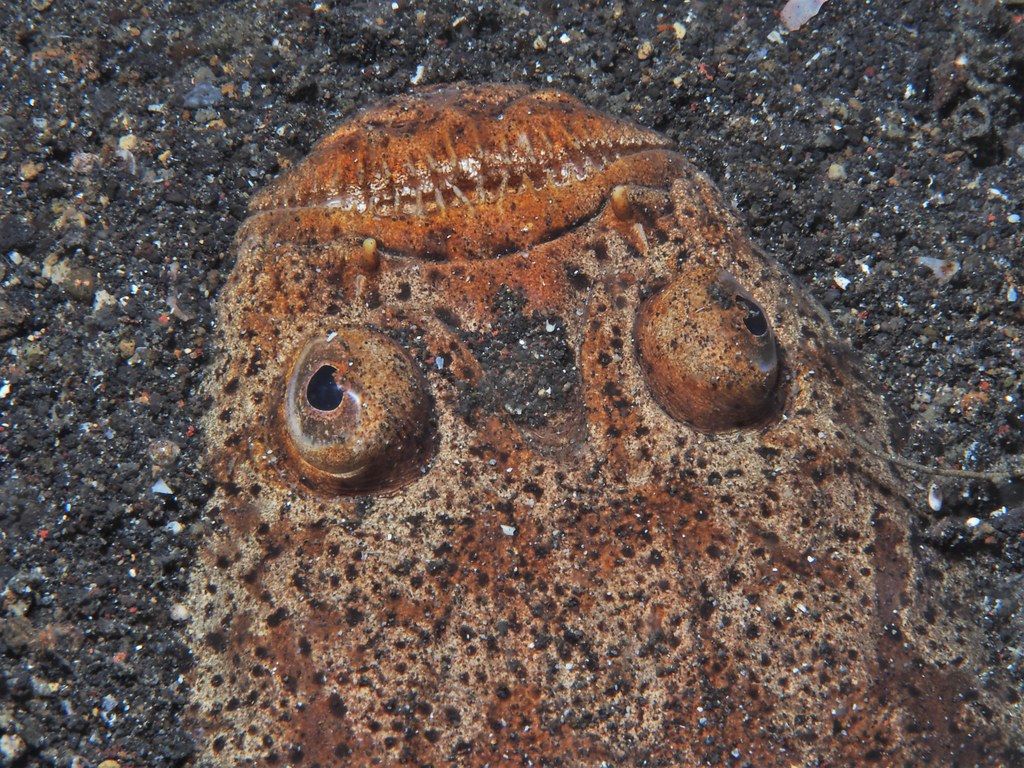 Whitemargin Stargazer (Uranoscopus sulphureus). Photo: krokodiver This is what a stargazer looks like when not buried in the sand. This poor guy ventured too close to the shore… 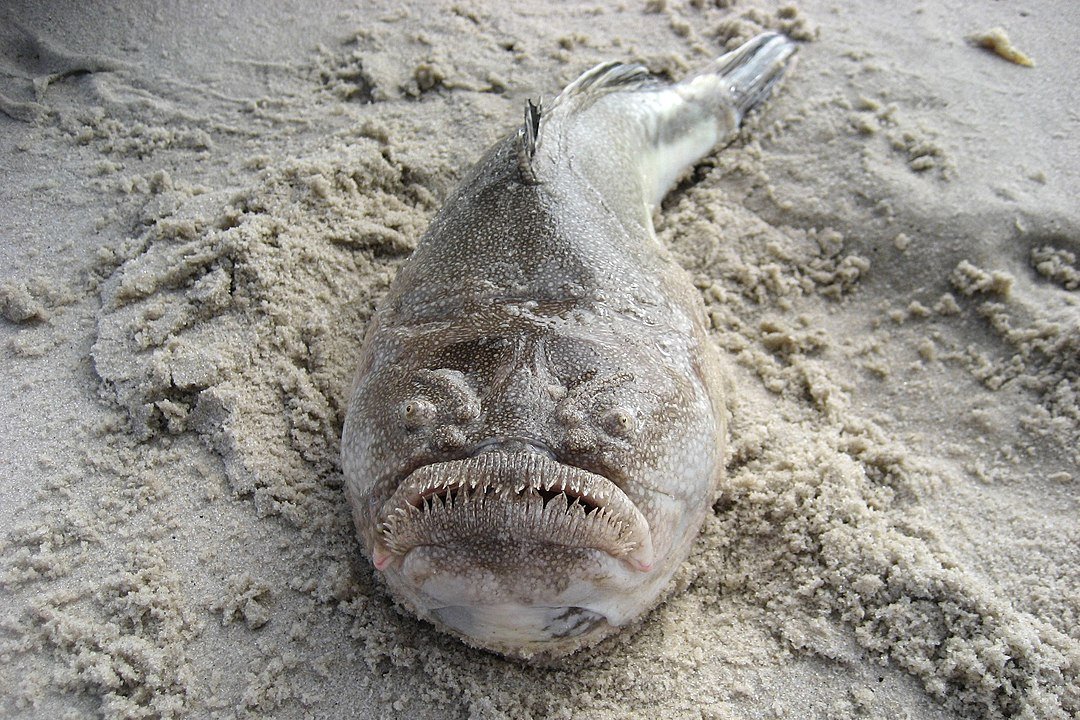 Northern stargazer (Astroscopus guttatus). Photo: Canvasman21 Now check out how the stargazer hunts. Its tongue is hanging out to lure prey… 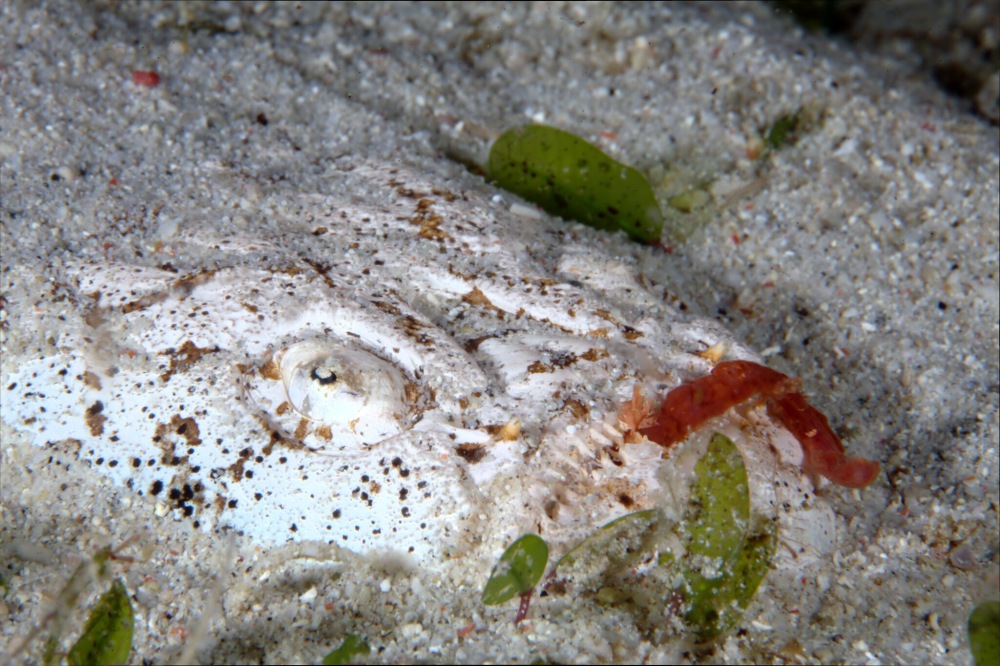 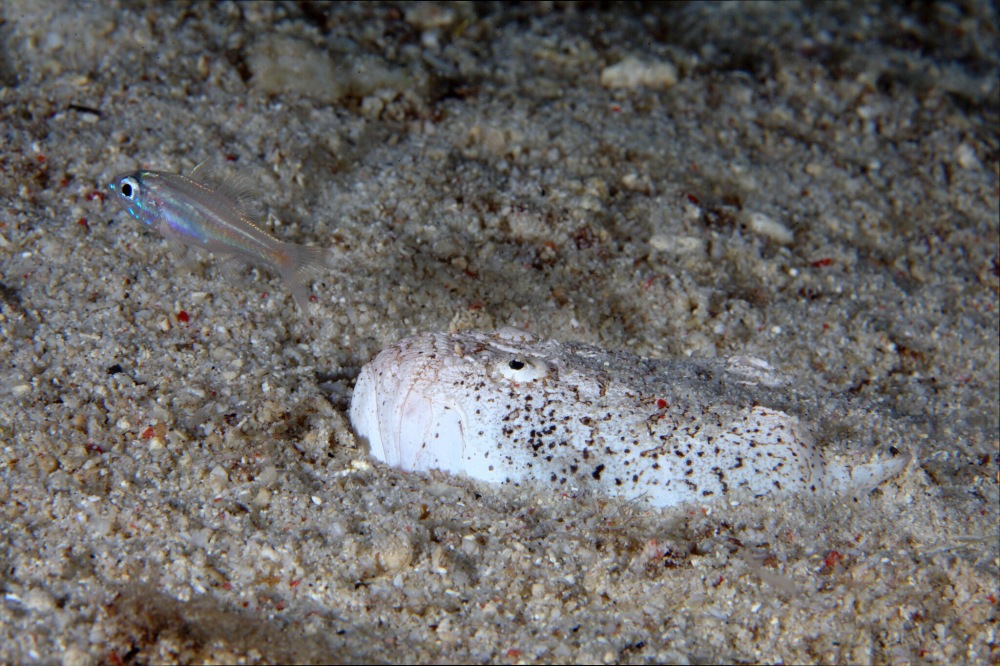 Photo: Klaus Stiefel Just after a lashing out with its tongue… 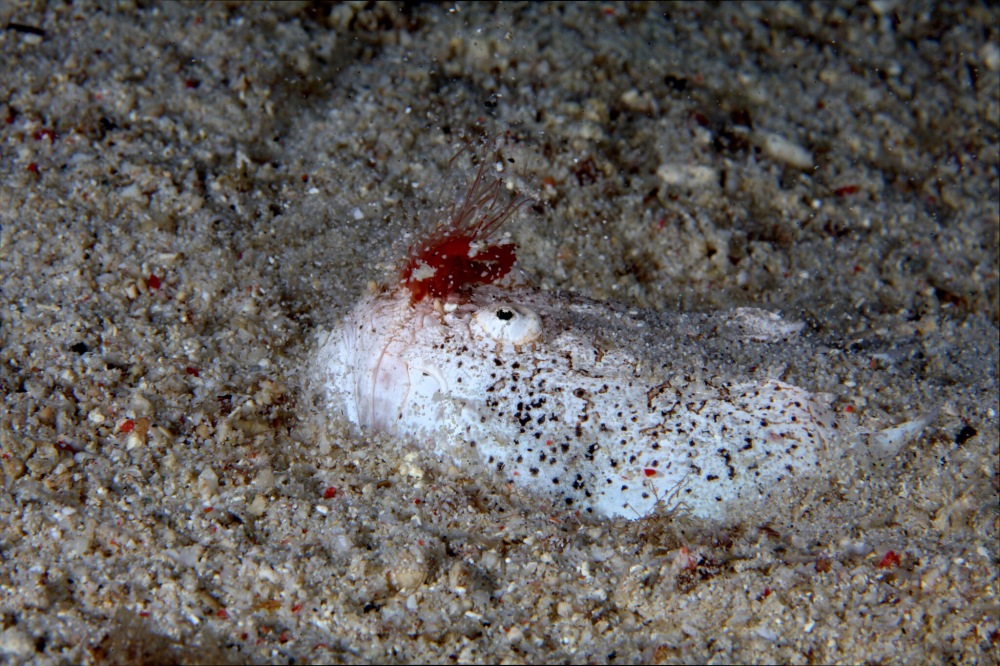 Photo: Klaus Stiefel Feel like having seen this sated alien face in some alien movie? 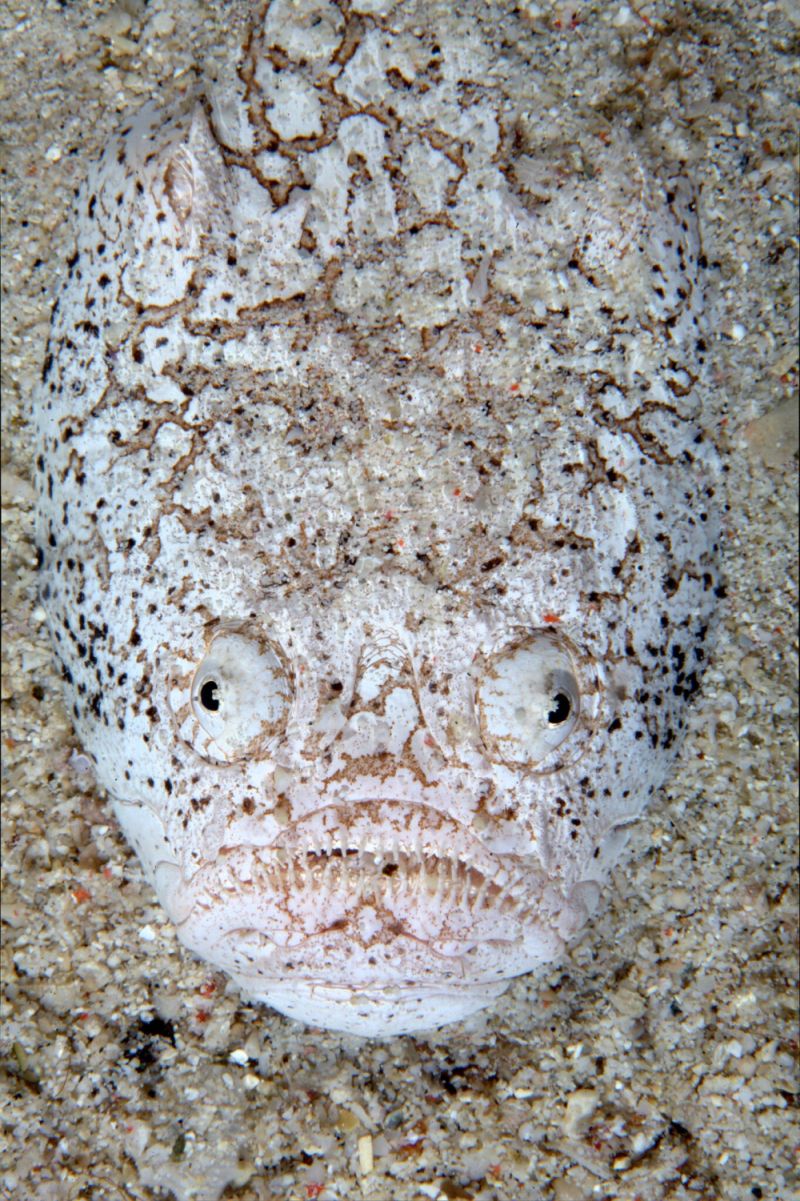 Mission complete, back to gazing at the stars!