While we have seen jellies that take on extreme looks like the giant phantom jelly, these jellyfish have evolved to look like… well, fried eggs. 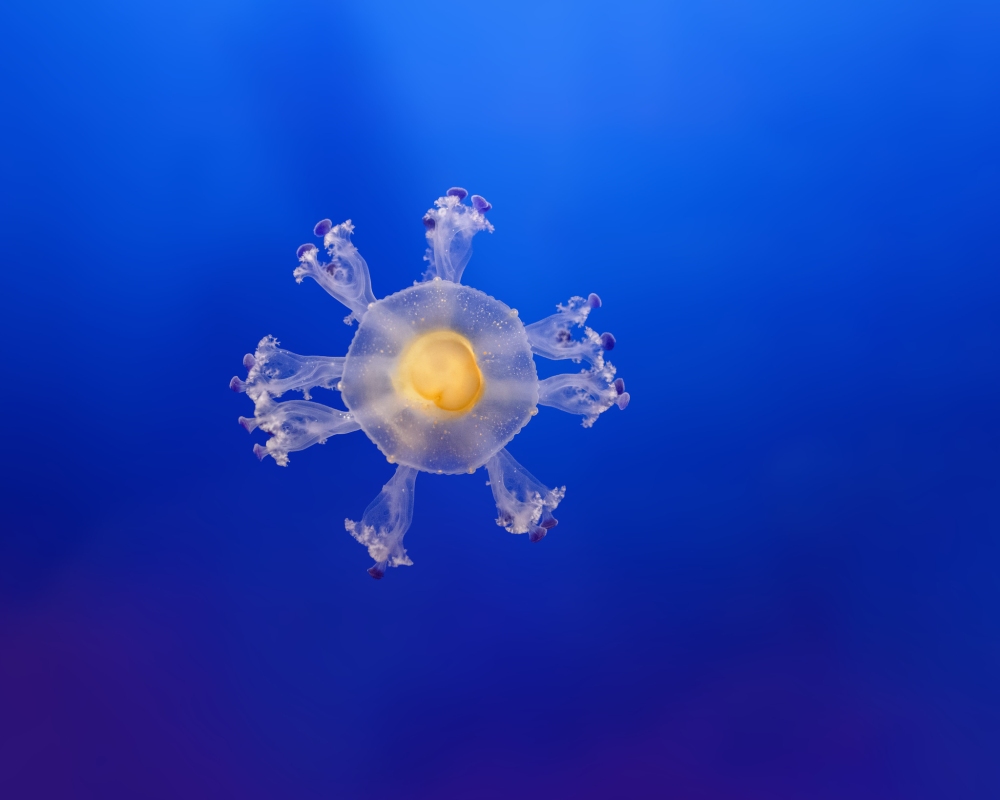 Fried egg jellyfish, or also known as egg-yolk jellies, are a couple of jellyfish species that resemble a fried egg. However, don’t let the similarity fool you; chewing on this Scyphozoa wouldn’t be that tasty.

These jellyfish have a smooth and translucent bell with a distinctive yolk-yellow bell right in the center, hence the name fried egg jellyfish.

One of the known fried egg jellyfish species is the Cotylorhiza tuberculata. This is a smaller jellyfish that can typically be found in the warmer waters of the Mediterranean Sea, the Aegean Sea and the Adriatic Sea. They can reach up to 16 inches (40 centimeters) in diameter, but most members of this species are usually less than 6,7 inches (17 centimeters) wide. Even though the Cotylorhiza tuberculata spends most of its short life motionlessly drifting in the water, it’s capable of active swimming nonetheless. 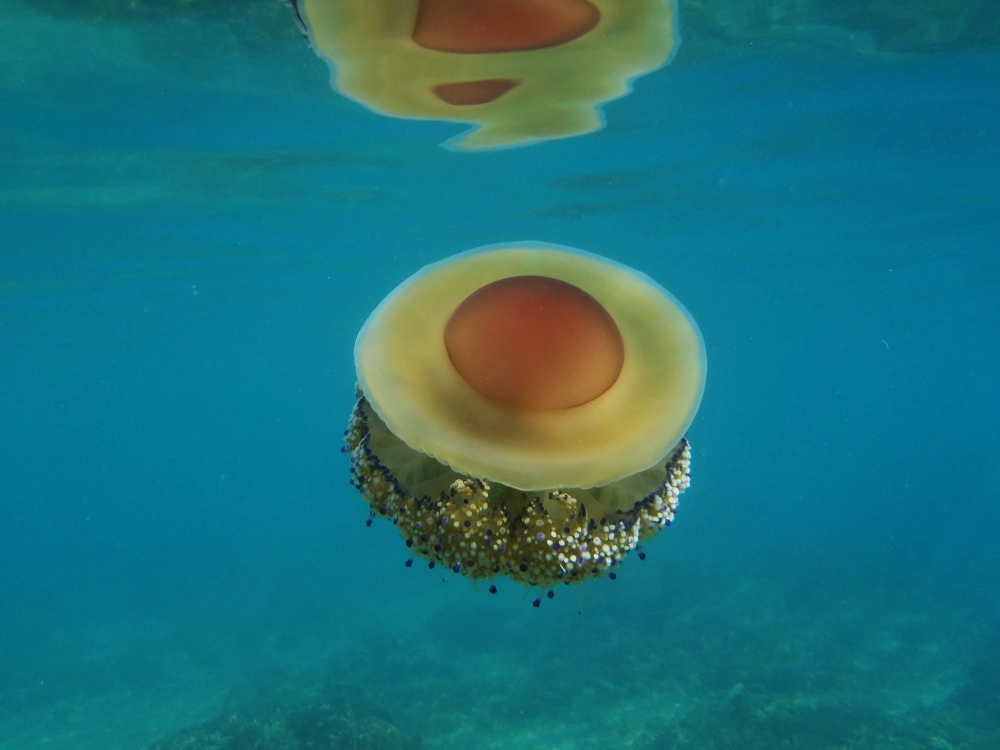 The Cotylorhiza tuberculata is a smaller Scyphozoa that is known as fried egg jellyfish. Image credit: Dimitris Siskopoulos

It sports several short appendages that end in a ball-like shape. These clustered appendages contain deep purple colored mouth-arm openings that the jellyfish uses for trapping and feeding on prey – its diet mostly consists of zooplankton and other jellyfish. While it has a sting, it has no, or only very little, effect on humans. In fact, its sting is so mild that small fish often seek shelter among the colorful tentacles of the jellyfish. Furthermore, crabs are known to hitch a ride and travel on top of or inside the Cotylorhiza tuberculata‘s bell.

Most interestingly, the species has been at the center of research due to its specified cytotoxicity that may be able to help treat breast cancer. 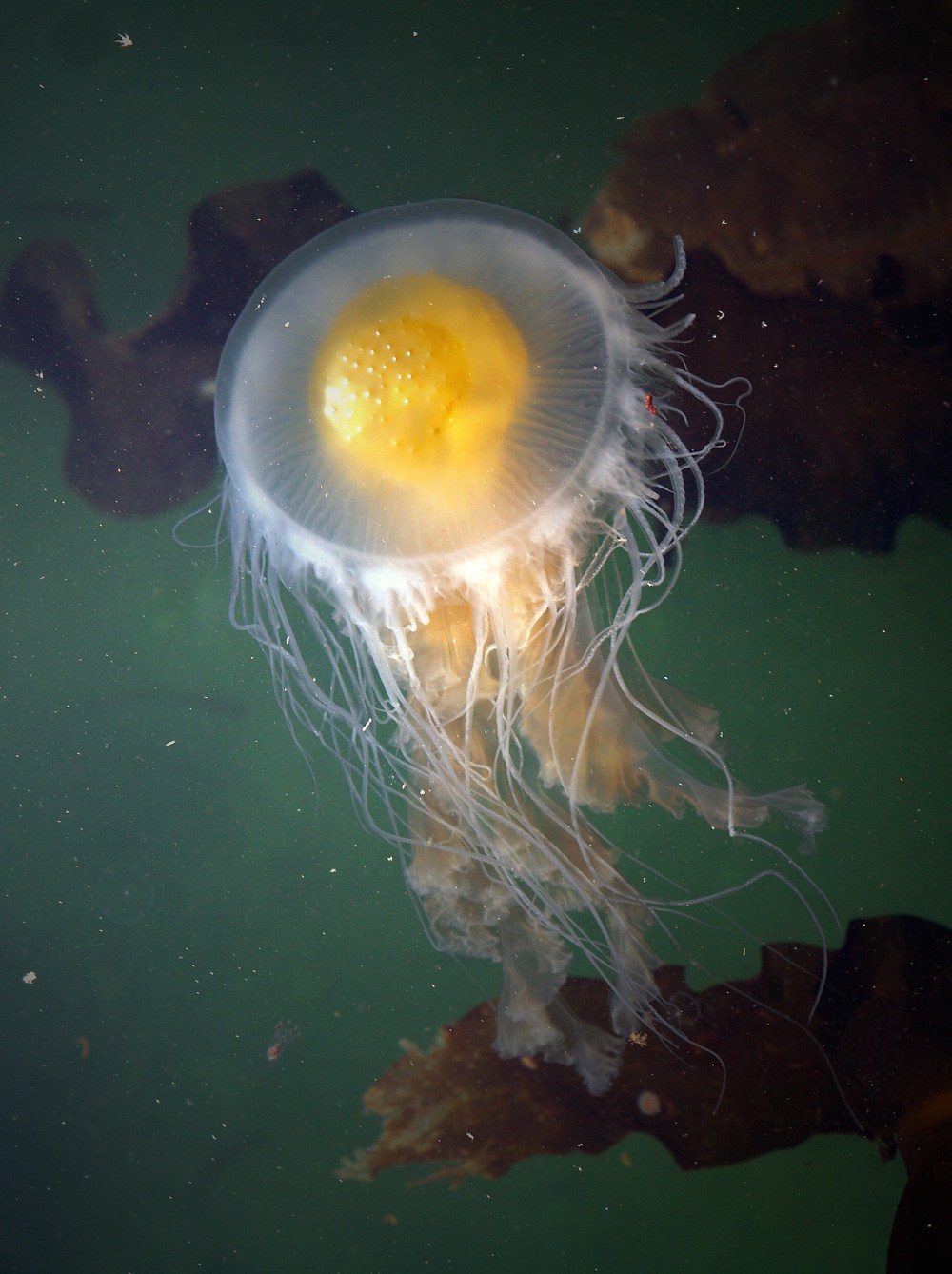 The large Phacellophora camtschatica also has a poached egg on it bell. Image credit: by and by

Another recognized member of the egg-yolk jellies is the considerably larger Phacellophora camtschatica. The bell of this jellyfish can grow as wide as 2 feet (60 centimeters), and it has dozens of tentacles that can reach an insane 20 feet (6 meters). It can also be identified by the yellow coloration on the center of its bell, which closely resembles a poached egg. Unlike its distant cousin, this jellyfish can be found in the shallow depths of the Atlantic, and the Pacific Ocean. For feeding, it uses its long tentacles to collect medusae and plankton, which then it brings into its mouth.

Here’s another photo to give you an idea of its real size: 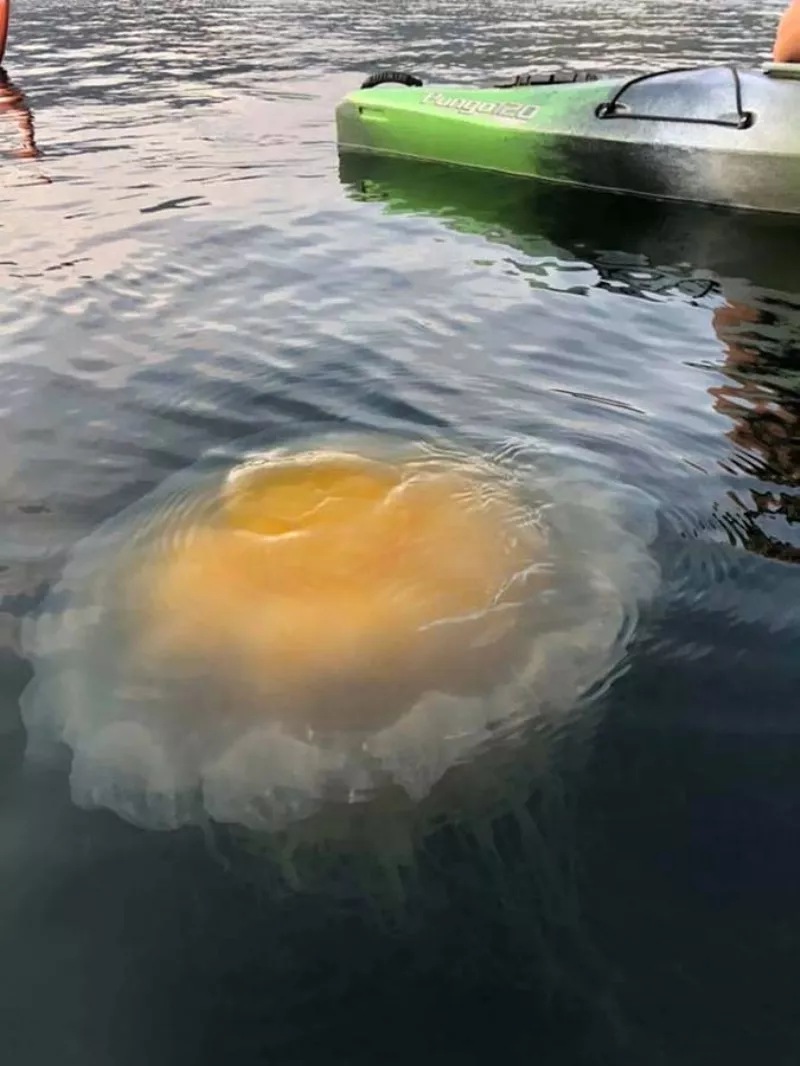 Their conservation status hasn’t been evaluated by the IUCN, and there is no way of knowing how many fried egg jellyfish are there in the seas.

However, one thing we know for sure is that many animals, such as sea turtles, fish, and seabirds, rely on fried egg jellies as their source of food. While for us, these medusae totally resemble a poached egg, other marine animals can mistake plastic bags for a jellyfish, and then get sick or die when they eat it.

Therefore, we should aim at keeping harmful plastic and other trash out of the sea, so these wonderful ecosystems, and within them, this beautiful jellyfish, can be preserved for the future.