When Frodo the pony was found in a field off a Cheshire motorway in 2014, he was hours away from death.

The four-month-old Gyspy Cob foal was found in freezing temperatures laying in a pile of moldy hay, too weak to even stand.

Fortunately, members of World Horse Welfare rushed to his aid, getting there just in time. Frodo was underweight and suffered from lice and a parasite infestation. His hair was matted and the rescue team had to help him up to get him to safety. 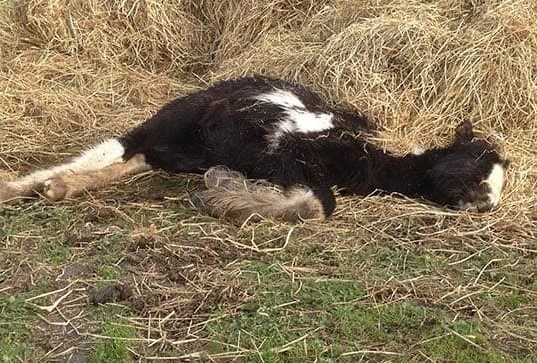 At first, rescuers weren’t sure if he’d recover due to his condition. Due to his malnutrition, he was started off slow and given a special diet to help build his strength back up.

He was given continual fluids to keep him hydrated and his matted hair was clipped off. His caretakers treated his lice and parasite infestation, allowing him to continue his recovery process.

After lots of care and dedication from his rescuers, Frodo began to show signs of improvement. Frodo’s journey to recovery took place at World Horse Welfare’s Penny Farm.

He soon started to act like a normal horse, interacting with his caretakers and frolicking in the pasture, making lots of friends along the way.

Within a few months of being at Penny Farm, one of the charity’s regular handlers, Jan Mather, rehomed Frodo. Mather spent the next three years working with Frodo.

Despite his terrible beginning, he was friendly, well-mannered, and easy to handle. The incredible pony showed the potential he had to be a star under saddle.

Later, Frodo returned to Penny Farm where he began his journey to become a show pony. Nicolle Walmsley, the senior groom at Penny Farm, spent countless hours working with the pinto pony, building his muscle tone back up and riding him under saddle.

Frodo quickly proved he had all the capabilities to shine in the show ring. 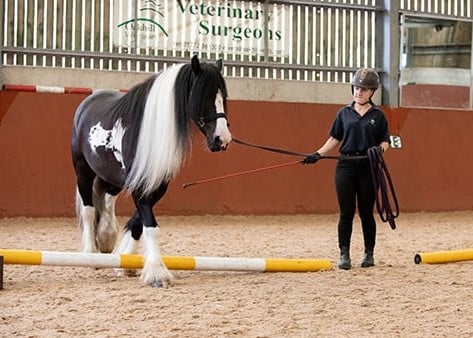 Frodo and Walmsley went on to compete at the 2018 Equifest show, where they were crowned the RSPCA PRP Rescue Pony Champion.

The dynamic duo wowed the judges and crowd, as Frodo lit up the show ring with his dazzling looks and elegant way of moving. He became an instant celebrity, as people were in awe of his incredible journey.

After a successful Equifest, Frodo was invited to compete at the prestigious Royal Windsor show in 2019. At the show, Frodo competed in the ridden colored horse class. He even met Princess Anne, a true honor for the incredible pony.

Frodo’s transformation is truly incredible. He went from being on the brink of death to a beautiful show pony. Thanks to his rescuers, the beautiful pinto is now living a wonderful life where he will always receive love and care.