Skip to content
Home News The magic of the octopus in the Caribbean Sea. The researchers were surprised by the camouflage of this octopus.

Recently, researchers have recorded an interesting video about the camouflage of octopus. First, look at this picture and guess where the octopus is hiding? The answer is the octopus is lying in the middle of the picture. 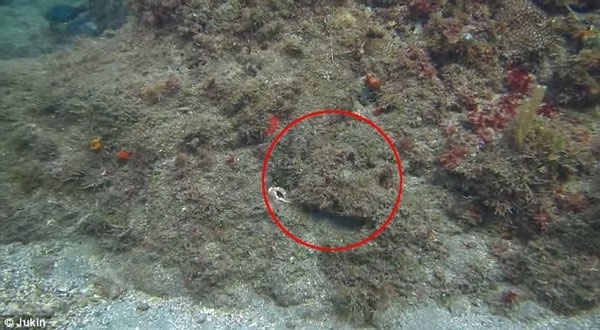 This is a video that ocean explorers recorded while studying the Caribbean. They were very surprised when they discovered the existence of this octopus.

Researcher Jonathan Gordon said: ‘I dived to explore the reef but suddenly, the octopus appeared before my eyes. The octopus is one of the few sea creatures that can cleverly camouflage themselves underwater. Besides the ability to change color, octopus can also transform into many different shapes such as curling up or transforming like a sea snake… to blend in with the surrounding environment.

There are thousands of color-changing cells on the skin of an octopus called subcutaneous pigment cells . These cells are stored in the bag – it can burst at any time. 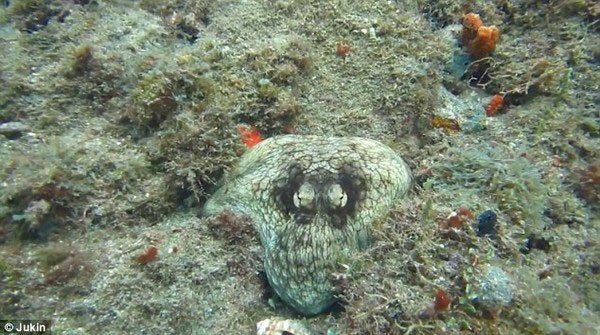 This pigmented “bag” is linked to nerves, by moving, the octopus will be able to change the texture and color of its skin. This makes it possible for them to hide under the coral layers without being detected.

When detected, the octopus will “appear” , stretching its long, large tentacles forward to make them look more intimidating. One of the reasons octopuses camouflage is to hide from predators. If threatened, they are ready to spray ink at the attacker before finding a safe place to hide.