However, the hungry python, which is estimated to be between 11.5 feet and 13 feet in length, couldn’t handle the meal and subsequently regurgitated it.

Although snake cannibalism is not that rare, according to Live Science, their diet consists of mostly small animals, though sometimes they have been known to eat adult deer, antelope and in rare cases, humans. In 2017, a giant 23-foot python was found to have eaten an Indonesian farmer, swallowing the man whole. 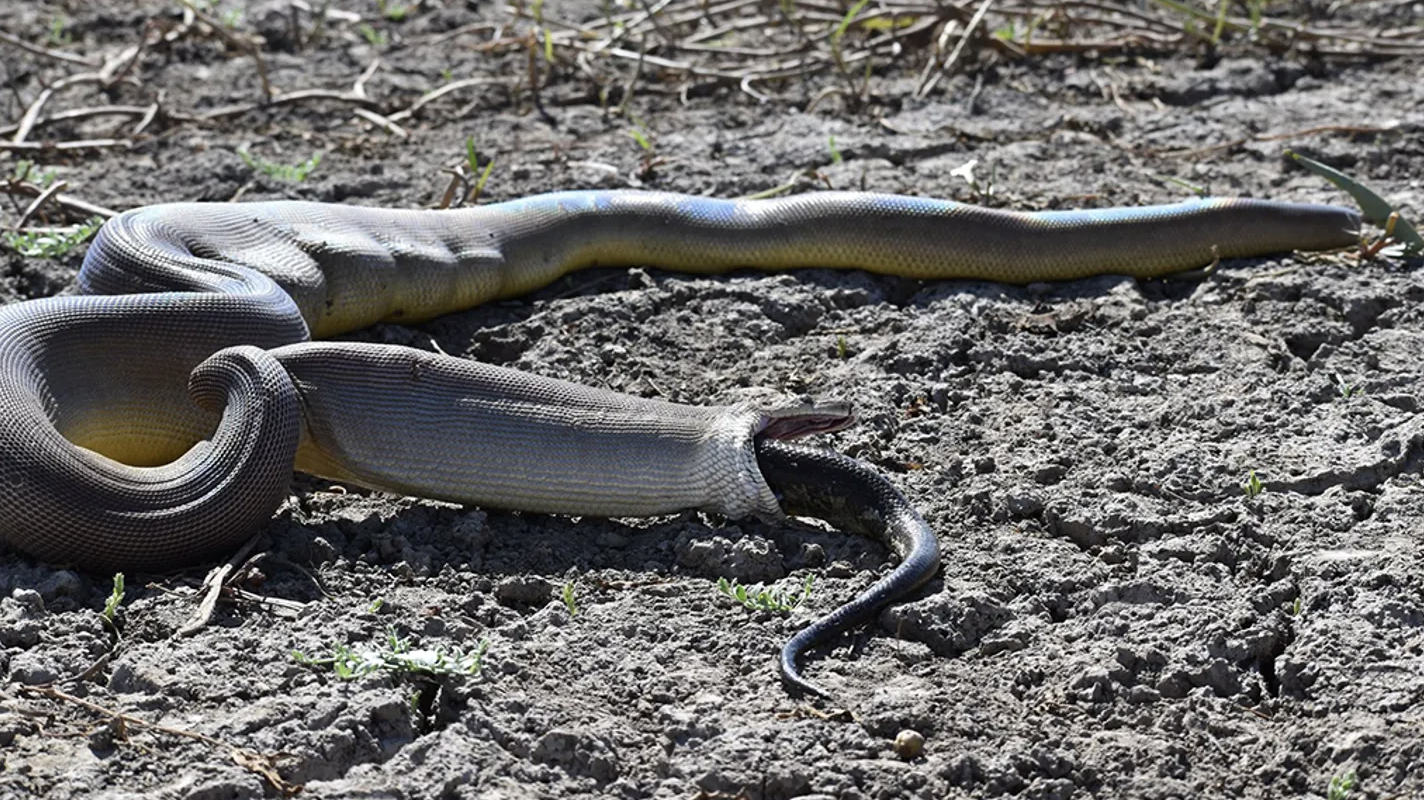 Pythons, which are native to Australia, as well as various parts of Africa and Asia, have been known in some cases to reach 27 feet in length and can weigh as much as 350 pounds.

The images were taken by Wyndham, Western Australia resident Amanda Jongedyk, who shared them with the Park. The incredible pictures, which Jongedyk told Fox News were taken on May 20, have since gone viral, having been shared over 100 times. 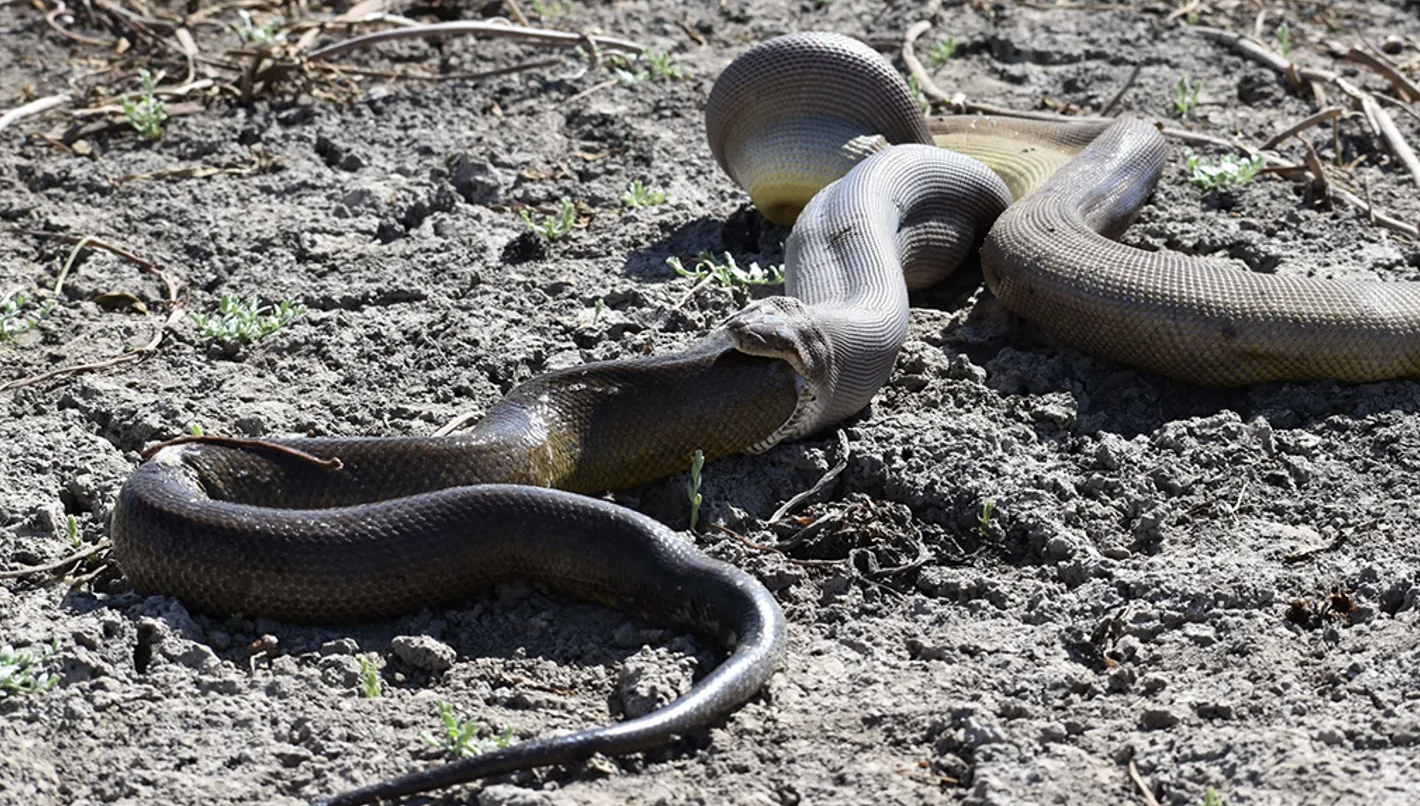 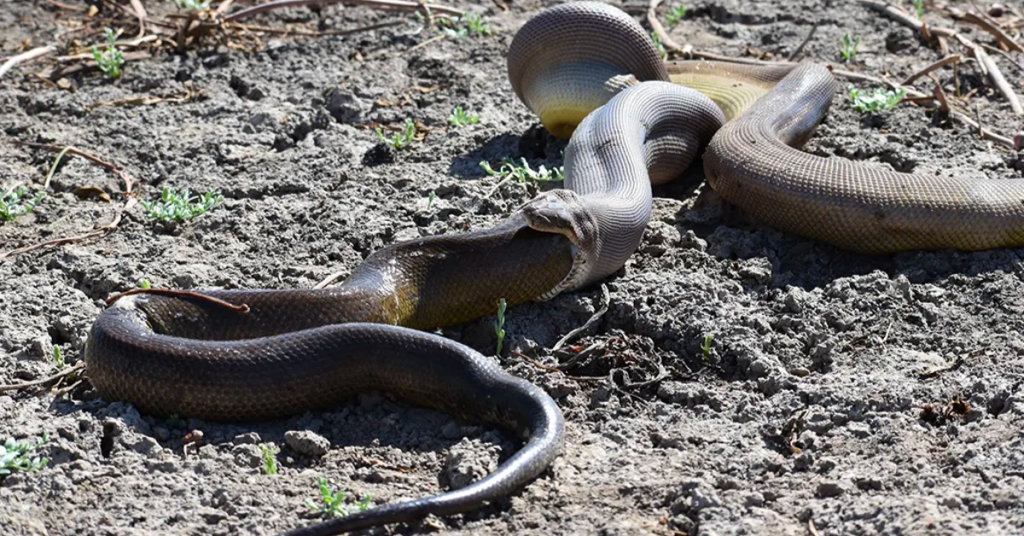