Paleontologists have identified a new species of titanosaurian dinosaur. The new species is a member of the gigantic, long-necked sauropods. Its fossil remains were recovered from Cretaceous Period (70-100 million years ago) rocks in southwestern Tanzania. 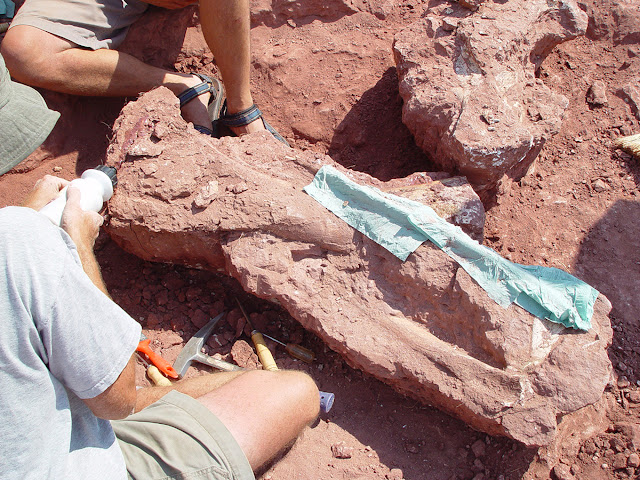 Titanosaur skeletons have been found worldwide, but are best known from South America. Fossils in this group are rare in Africa.

The new dinosaur is called Shingopana songwensis, derived from the Swahili term “shingopana” for “wide neck”; the fossils were discovered in the Songwe region of the Great Rift Valley in southwestern Tanzania.

Part of the Shingopana skeleton was excavated in 2002 by scientists affiliated with the Rukwa Rift Basin Project, an international effort led by Ohio University Heritage College of Osteopathic Medicine researchers Patrick O’Connor and Nancy Stevens.

Additional portions of the skeleton—including neck vertebrae, ribs, a humerus and part of the lower jaw—were later recovered.

The team conducted phylogenetic analyses to understand the evolutionary relationships of these and other titanosaurs. 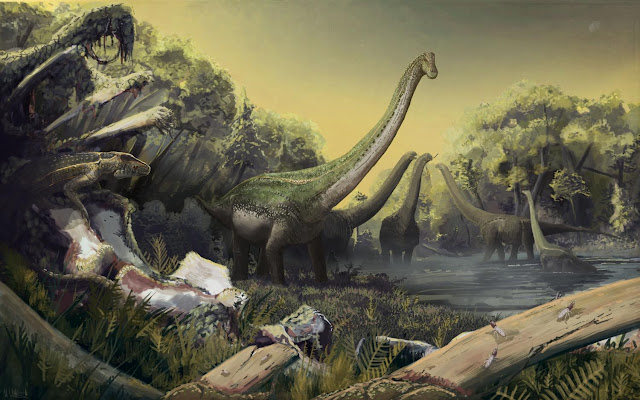 They found that Shingopana was more closely related to titanosaurs of South America than to any of the other species currently known from Africa or elsewhere.

“This discovery suggests that the fauna of northern and southern Africa were very different in the Cretaceous Period,” said Judy Skog, a program director in NSF’s Division of Earth Sciences, which supported the research. “At that time, southern Africa dinosaurs were more closely related to those in South America, and were more widespread than we knew.”

Shingopana roamed the Cretaceous landscape alongside Rukwatitan bisepultus, another titanosaur the team described and named in 2014.

“We’re still only scratching the surface of understanding the diversity of organisms, and the environments in which they lived, on the African continent during the Late Cretaceous,” said O’Connor.

During the tectonically active Cretaceous Period, southern Africa lost Madagascar and Antarctica as they split off to the east and south, followed by the gradual northward “unzipping” of South America.

Northern Africa maintained a land connection with South America, but southern Africa slowly became more isolated until the continents completely separated 95-105 million years ago. Other factors such as terrain and climate may have further isolated southern Africa. 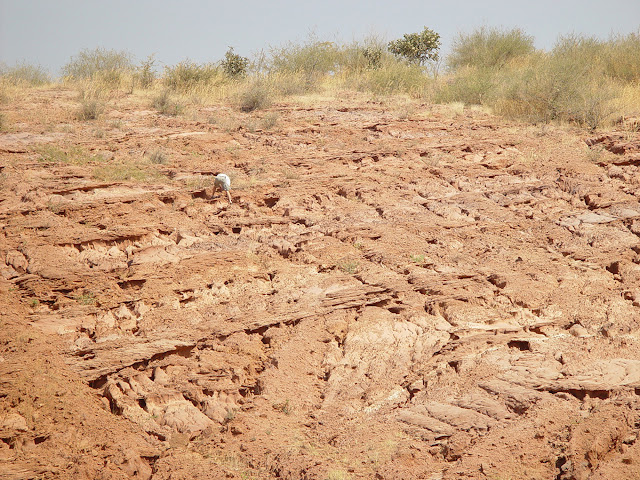 The bones of Shingopana, he found, were damaged by the borings of ancient insects shortly after death.

Roberts said that “the presence of bone-borings provides a CSI-like opportunity to study the skeleton and reconstruct the timing of death and burial, and offers rare evidence of ancient insects and complex food webs during the age of the dinosaurs.”

The research is reported in a paper published this week in the Journal of Vertebrate Paleontology and is funded by the National Science Foundation (NSF). Three Super-Earths and two Super-Mercuries, a type of planet that is extraordinarily rare and distinct, have been found in a star system by astronomers. Super-Mercuries are so… Mystery Ancient Handprint Discovered in Jerusalem, the City of God

A mysterious carved handprint has been discovered in Jerusalem. But, was it created by a defending Muslim, a terrified Jew, an attacking European knight, or is it… Revealing the secret of the 1,000-year-old Viking weaver’s sword

The sword of the 1,000-year-old Viking weaver is a true archaeological treasure. The wood sword measures just over 30 cm in length. It was never meant for…