Skip to content
Home Nature Skeleton Coast: The No-Go Zone at the Edge of the World That God Made in Anger 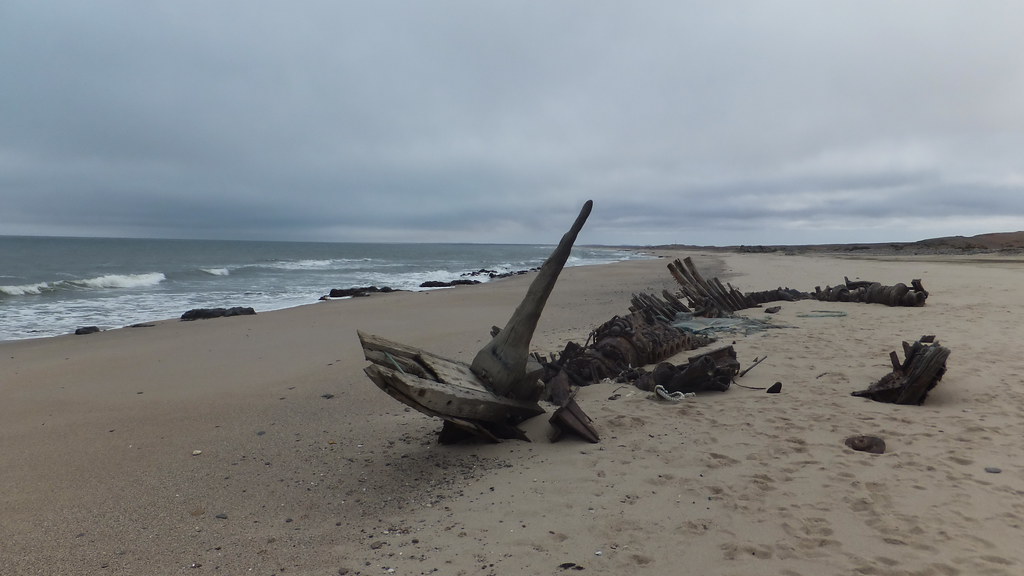 Where the Atlantic Ocean meets the desert in Namibia, lies one of the most dangerous places on Earth: the Skeleton Coast. More than a thousand shipwrecks and bones scattered around the coastline signal to any visitor:

This is not a place where you should be! 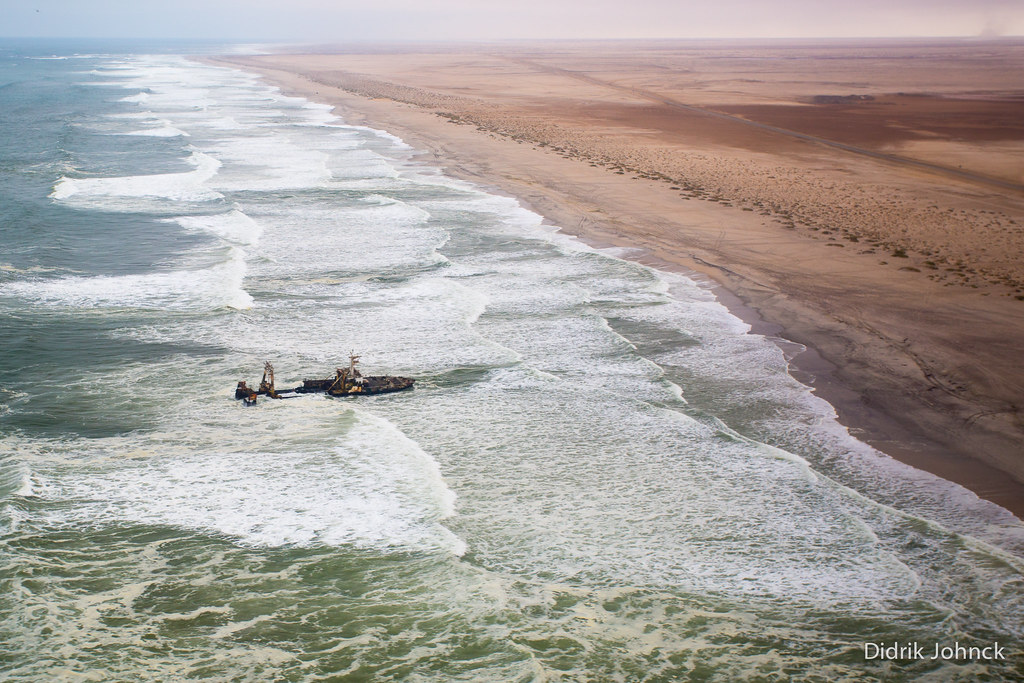 Many sailors have met their fate on the 976 mile-long coast that stretches between the Kunene River and Swakop River in Namibia. This treacherous terrain was known by the Local Bushmen tribes as “The Land God Made in Anger”, and Portuguese explorers dubbed the coast as “The Gates of Hell”, when they first discovered it during the 15th century.

The name ‘Skeleton Coast’ derives from the skeletal remains of whales, seals, and rusting shipwrecks that are scattered all along the coastline. 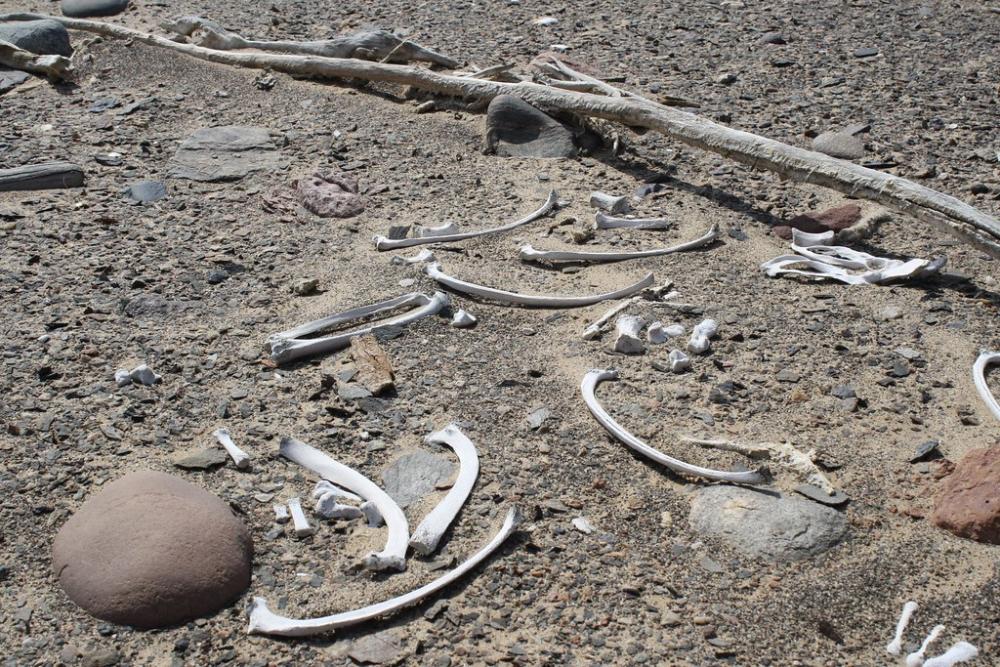 Bones are scattered all over the coast. Most of them belonged to animals, but human remains have been found there as well. Image credit: Routard05

Because of its harsh climate and lack of water, Skeleton Coast ranks as one of the deadliest places in the world. Due to the power of the Benguela Current, which flows right next to the eerie coast, any swimmer would be taken more than 100 miles away from the shore. 11 species of shark patrol those waters, and if that wasn’t enough, the ocean is covered by a thick fog that makes navigation extremely difficult.

The unpredictable current is also responsible for many of the shipwrecks. From wooden galleons hundreds of years old to modern steel-hulled vessels, Skeleton Coast holds ships from every era. And not only ships.

Even the buses here are abandoned. Image credit: Ian Cochrane

The survivors of shipwrecks who made it to the shore found themselves among sand dunes that towered behind the ocean, as far as the eye could see. And even if they could have survived the harsh desert climate, it’s likely they have fallen prey to the lions or hyenas that regularly scavenge for food in this area.

An especially grisly story surrounds the wreck of an unknown ship that washed up on Skeleton Coast in 1860. Her crew was believed to have been found 83 years later, in 1943. Their headless skeletons were buried in the sand, along with a weathered stone slab that said, “I am proceeding to a river 60 miles north, and should anyone find this and follow me, God will help him.” However, it’s a mystery who left the message; the inscriber’s remains have never been found. 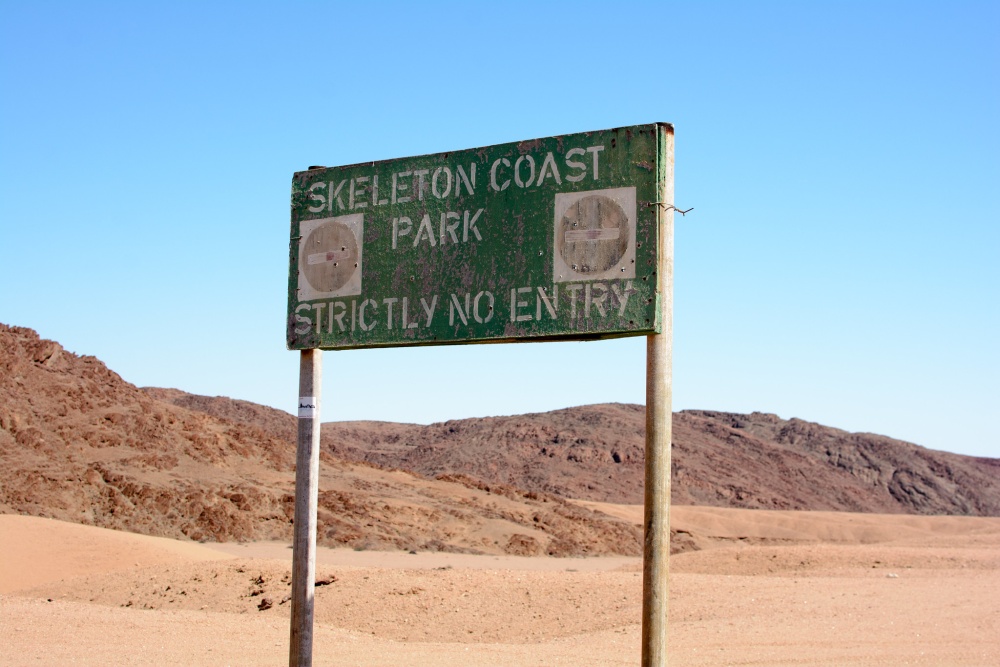 A sign warning of the dangers of the park. Image credit: Alex Derr

Even though Skeleton Coast is not suitable for humans, wildlife that has adapted to the extreme conditions is thriving there. For example, large colonies of Cape fur seals can be seen along the coast, basking on the rocks, while desert lions are trying to hunt some local marine life. Namibia even established the Skeleton Coast National Park in 1971, over an area of 6200 square miles.

However, park authorities only allow some private entrepreneurs to enter, who have special permission to run safaris through the dangerous and inhospitable desert coast. 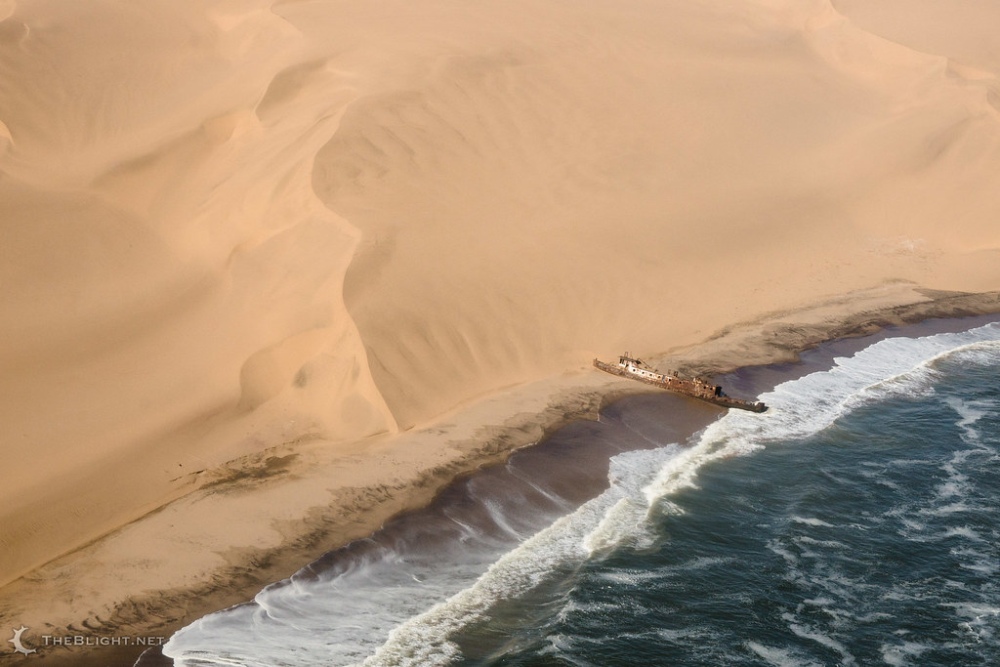 Aerial image of the Shawnee. It shipwrecked at Skeleton Coast in 1976. Image credit: mr. nightshade

For those who seek adventure, traveling through the park will be the experience of a lifetime, but Skeleton Coast is also a painful reminder of our endless elemental struggle with the ocean and the desert sand. No surprise that in recent times, most shipping companies don’t even allow their vessels near this no-go zone at the end of the world.