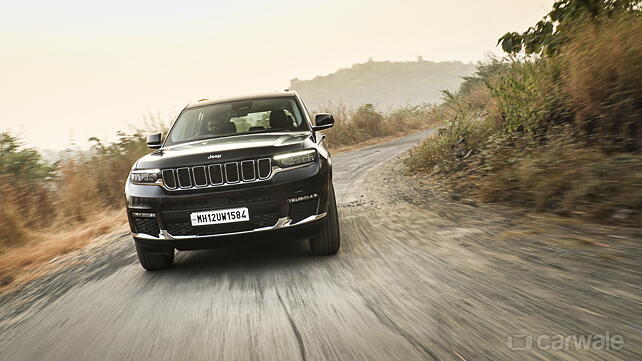 It’s the most extravagant, the most pampering and the most expensive Jeep you can buy. In fact, the Grand Cherokee is the American alternative to the likes of the BMW X5, Audi Q7 and Mercedes-Benz GLE. What’s going for it though is that it’s a tough, off-road ready luxurious Jeep in a world full of glitzy, tarmac-friendly SUVs. Think of it as a properly sophisticated Wrangler that you can go off road in with ease. 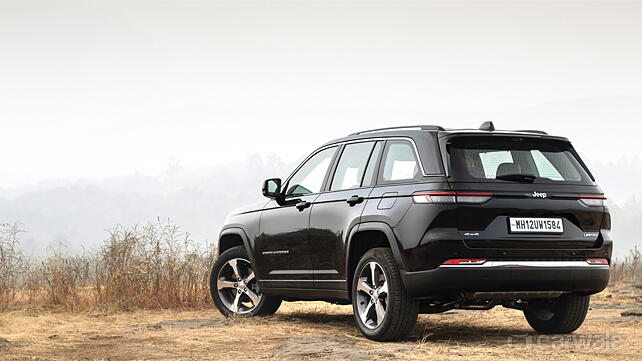 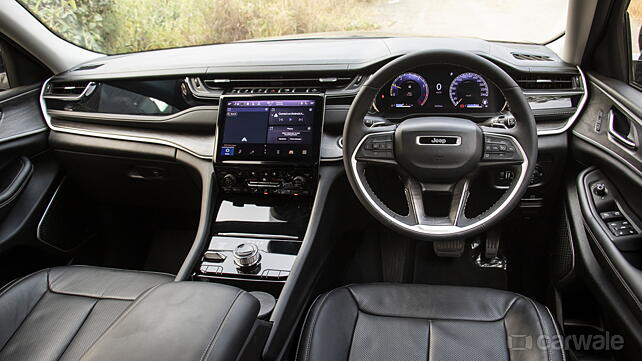 Let me get this out of the way first. The Grand Cherokee is priced very close to something like the Audi Q7 or the BMW X5, and the interior in both cars is impeccably put together. Jeep has also done a great job with the look and feel of the Grand Cherokee’s cabin, however, it does not exhibit the level of finesse that you would expect from a car that costs over Rs 75 lakh. 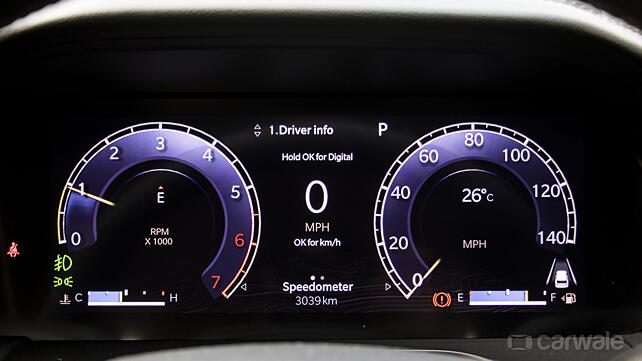 Some of the elements like the steering wheel and the digital speedometer will remind you of Jeep’s much cheaper models and that’s never a good thing. At the same time, I am happy to report that this interior is a big step up from the last Grand Cherokee, especially when it comes to quality – there are soft touch materials everywhere you touch, the buttons and dials operate with a solid feel and I also like the quality of the perforated leather seats. Space up front is excellent. One has good head, shoulder and knee room even if they are very tall. The seat is also very large and nicely contoured so no complaints there. Front seat occupants will also find a good amount of storage spaces to keep their belongings in the center console, glove box and the door pads. 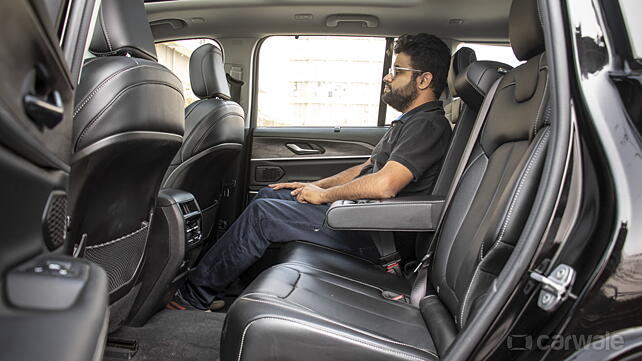 Visibility from the large side windows is good, though on the flipside, you will be struggling to get a clear view of pedestrians and two wheelers around the side mirrors because of their sheer size. The second half of this cabin is bit of a mixed bag. The Grand Cherokee is a big SUV so naturally, there is a lot of room in the second row. In fact, knee room is among the best in its class and even tall occupants would be pleased with the amount of headroom. 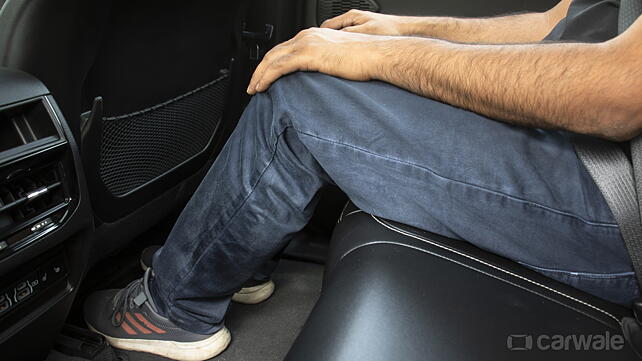 However, the seat base is surprisingly short and as a result, there is hardly any under thigh support. Thankfully, the window line is set low and you have a large panoramic sunroof above you to let in a lot of light and add to the airy feeling. 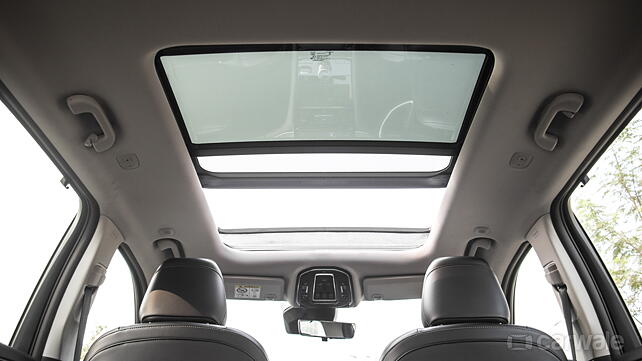 So here’s the thing with the Grand Cherokee. It’s priced close to SUVs that we are used to seeing and admiring but because Jeep is selling it in a single, fully loaded variant you get a lot more tech and features for your money. There’s a full suite of ADAS features, 360-degree surround view cameras, drowsy driver detection, a 10.1-inch screen for the infotainment system with wireless Apple CarPlay and Android Auto, a digital inside rear view mirror, a heads-up display, cooled and heated front seats and rear window blinds. 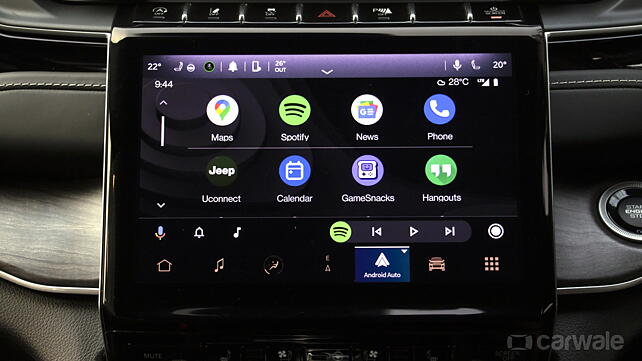 You also get as many as eight type A and Type C USB ports in the first and second rows along with HDMI ports and a 230v AC charging socket. The highlighting feature here though is the secondary 10.25-inch screen that has been embedded into the dashboard for the passenger. It can be used for showing maps and controlling multimedia functions and while it’s a neat addition I think it could do with more brightness. 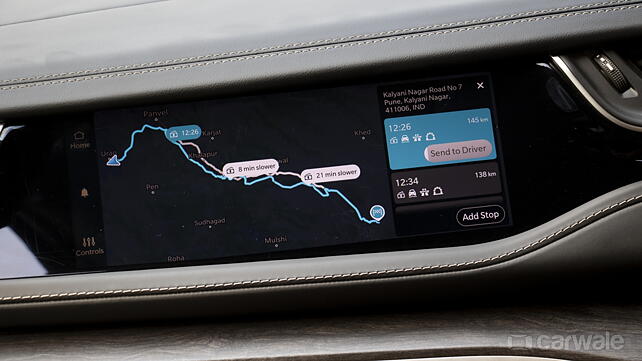 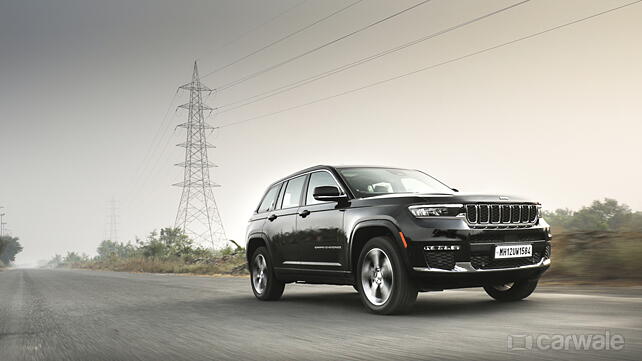 Calm and easy are two words which best describe the Grand Cherokee’s driving experience, thanks to the combination of tank-like driving position, good visibility through the front and side windows and a strong engine. Speaking of which, the sole engine choice for the Grand Cherokee’s second innings in India is a clear indication of how times are changing. There is no 3.0-litre diesel or a Hemi V8 this time around but a relatively compact 2.0-litre, four-cylinder turbocharged petrol engine making 265bhp and 400Nm, paired to an eight-speed torque converter automatic.

This powertrain makes all the right noises, in the sense that it’s refined and quiet for the most part. Overall NVH levels, in fact, are commendable and the Grand Cherokee does a fantastic job of masking speed by keeping the noise out. What’s not as good is the lazy throttle response at low speeds when you press on the accelerator – there is a noticeable gap between you doing that and the car moving forward. Now although this lag can be halved by keeping it in Sport driving mode, I doubt you would want to drive it in said mode all the time. All in all, the engine is very smooth and once you get the hang of the bottom-end lag, the Grand Cherokee can be driven up to legal speeds in an effortless and mostly unobtrusive manner. 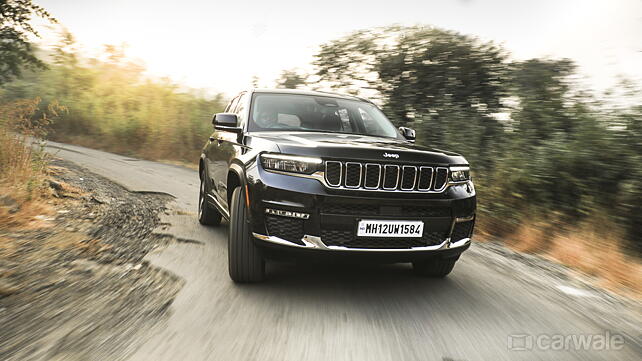 The Grand Cherokee is loaded to its roof with proven off-road hardware. There’s Jeep’s Quadra-Trac 4WD system which includes a transfer case that transfers torque to the wheel with the most grip. You also get a configurable terrain modes such as snow, mud/sand, sport and auto that you can choose depending on the surface you are driving on. In Auto mode, the system can disconnect the front axle and engage two-wheel drive if it senses that the car doesn’t require 4WD so there’s that. Lastly, you get 215mm of ground clearance and 533mm of water wading capability, both of which can come in handy during Mumbai monsoon, if you ask me. 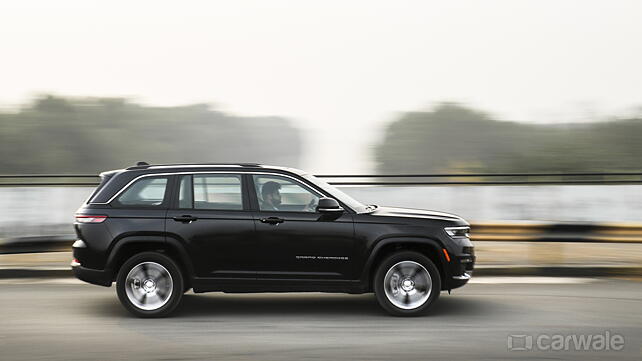 The Grand Cherokee for India doesn’t come with air suspension anymore and while that may be a good thing for long-term reliability, it has lost some of the adjustability when it comes to ride quality. That said, the low speed ride is just as good as any luxury SUV out there – it’s plush, largely noise-free and great at rounding off square-edged potholes. At highway speeds though there is more up and down movement than we would have liked and compared to something like the X5 or even the Q7, the Jeep’s ride is not as composed as its German rivals. 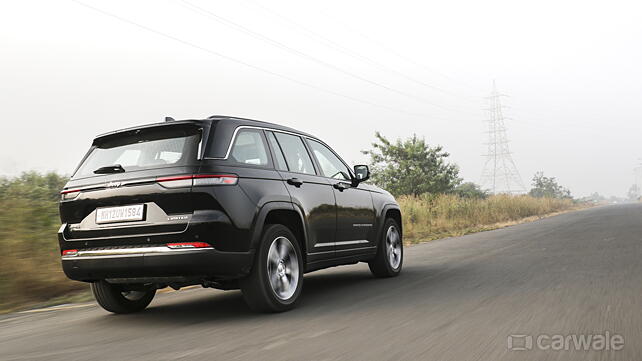 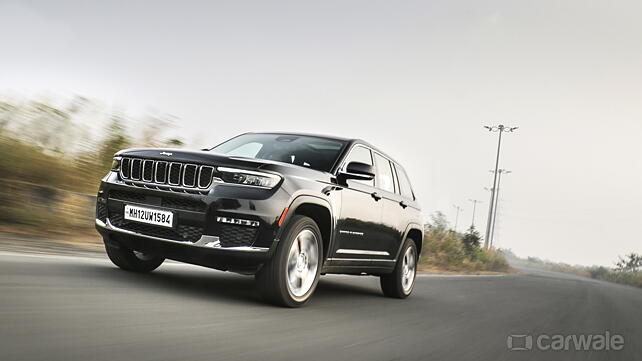 At Rs 77.5 lakh ex-showroom for the fully loaded Limited (O) version, the Jeep Grand Cherokee represents superb value. The pricing makes it cheaper than entry-level versions of the BMW X5 or the Audi Q7, neither of which is as well-equipped when it comes to technology and off-road hardware. So it isn’t the last word in luxury or snob value but the new Grand Cherokee is plenty nice, properly solid and there is no arguing its biggest selling point i.e. its ability to go off-road in comfort.