The specimen weighed in at 300kg (661 lb) and took around a dozen men to haul to shore. 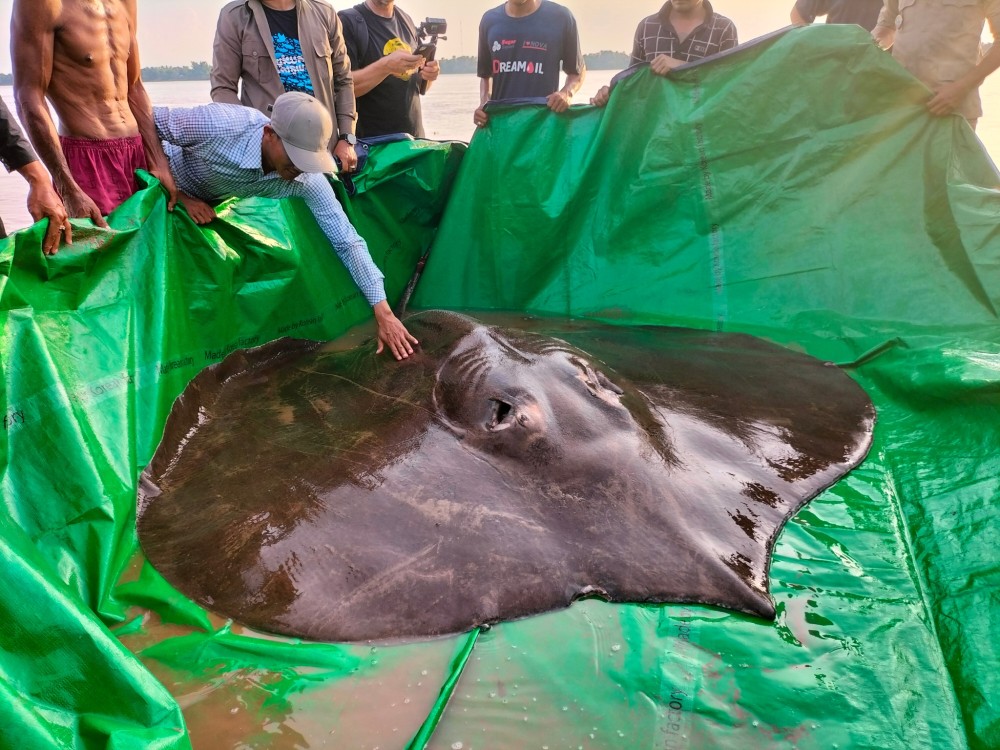 The giant stingray was caught by Cambodian villagers on the Mekong River and it is the world’s biggest freshwater fish ever recorded, according to scientists. Because of its bulbous shape, the animal was named Boramy – meaning ‘full moon’ in the Khmer language.

The four-meter (13-foot) female was electronically tagged to allow scientists to monitor her movement and behavior. Shortly after that, it was released back into the river.

“This is very exciting news because it was the world’s largest fish,” said biologist Zeb Hogan, ex-host of the “Monster Fish” show on the National Geographic Channel who now works in a a conservation project on the river.

“It is also exciting news because it means that this stretch of the Mekong is still healthy…. It is a sign of hope that these huge fish still live (here).”

Koh Preah, where Boramy was netted last week, is an island situated along the northern Cambodian stretch of the river. Previously, the record was held by a 293 kg giant catfish that was caught upstream in northern Thailand in 2005. 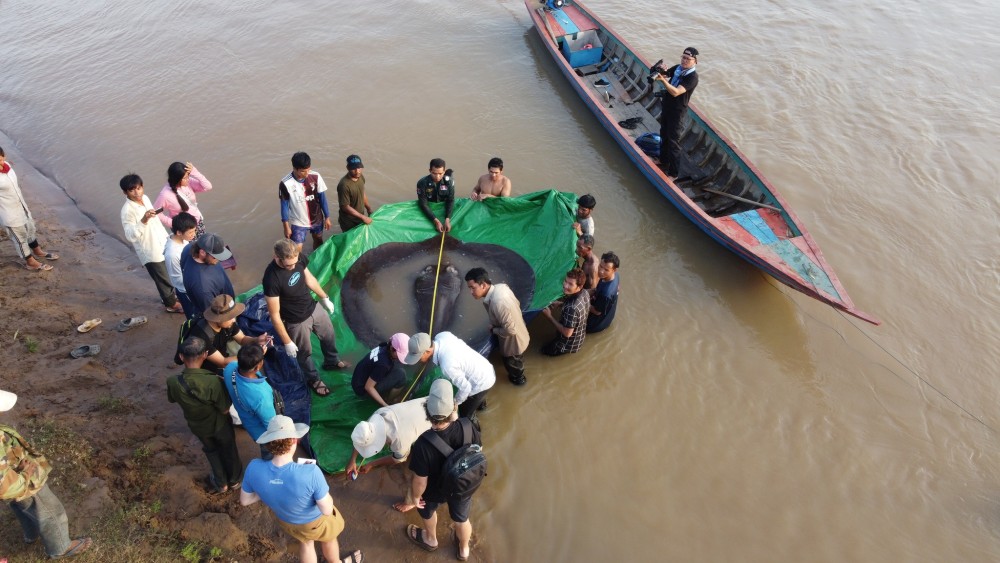 The Mekong has the third-most diverse fish population in the world, according to its River Commission, albeit pollution, overfishing, saltwater intrusion and sediment depletion have taken their toll on stocks.