Most of us are fascinated by dinosaurs and even more so now with the latest Jurassic World Dominion movie. 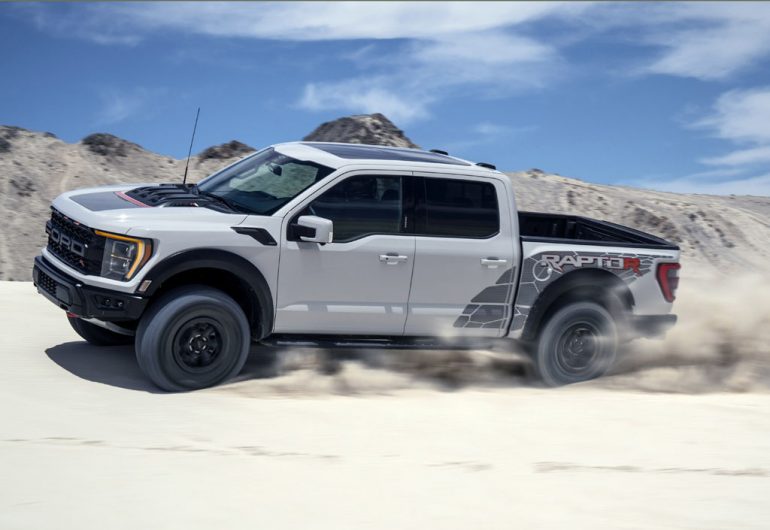 Outside of Hollywood, the automotive industry gets to embark on a prehistoric realm with the names of new performance-oriented pickup trucks with one of the first being the Ford F-150 Raptor and then the RAM TRX (T-Rex). There’s been a battle brewing between the two big brutes with RAM leading the way in the power wars with its TRX. Now, Ford answers back with the introduction of the new F-150 Raptor R.

The new 2023 Ford F-150 Raptor R takes what we’ve already praised in the normal Raptor and elevates it with a new powertrain, one borrowed from the Shelby GT500 but reworked for truck duties. In the new Raptor R the 5.2-liter supercharged V8 touts 700 horsepower at 6,650 rpm and 640 lb-ft of torque peaking at 4,250 rpm. If you’re taking note, that horsepower figure is down from the GT500’s 760 hp but peaks at an earlier RPM, and the torque figure gets a bump up from the GT500’s 625 lb-ft for 640 lb-ft which also peaks earlier in the RPM range than in the GT500. The supercharged V8 gets mated to a 10-speed automatic transmission with a revised torque converter.

I know what you’re thinking: The RAM TRX has the Raptor R beat already with an additional TWO ponies and 10 lb-ft of torque. But we’d say hold on one minute because if you remember, the F-150 is an aluminum creation that should weigh a lot less than the steel TRX, and it does – over 400 pounds less! That means the Raptor R will edge out an advantage here for acceleration probably hitting 60 mph in around 3.8 seconds or less versus the TRX’s 4.1 seconds. In fact, the Raptor R is slated to be the fastest gas-powered truck around, the new king of the hill in terms of acceleration and probably other performance measures.

The new Raptor R is governed at 120 mph and all get 37-inch tires, which also gives the Ford a slight edge over the RAM TRX for those who care. The 13.1-inches of ground clearance is the same as the normal Raptor 37 with a similar suspension setup. The difference in the suspension is that the R gets specially tuned dampers and front springs that are about 5% stiffer to handle the extra weight of the supercharged V8 engine, which adds less than 100 pounds over the normal Raptor. 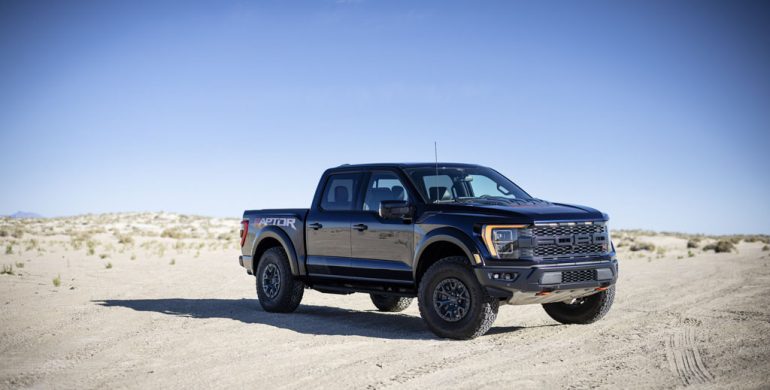 The major tell-tell signs of the Raptor R versus its normal Raptor 37 brethren are the “subtle” graphics, code orange color accents, larger power dome hood with the unique “RaptoR” badging, and the obvious rumbling sound of the supercharged V8 that touts a quiet mode so you don’t disturb your nosy neighbors. Inside, there’s a similar cabin that you find in the Raptor 37 apart from the Raptor R having a mix of microsuede, black leather, and the standard Recaro seats. Lastly, there’s an “R” button to bring up a preset customized drive mode.

So, let’s get real here. We don’t think anyone’s going to really argue about which truck covers the landscape of American deserts the fastest. Well, most of us won’t care. For those that do, the Raptor R may be your choice vehicle if you want to have the bragging rights over your TRX buddies. Regardless, both trucks are serious contenders as we give one more last hurrah to dinosaur fossil-fuel-burning monsters that are sure to sell out soon after the ordering banks open TODAY at via your local dealership. 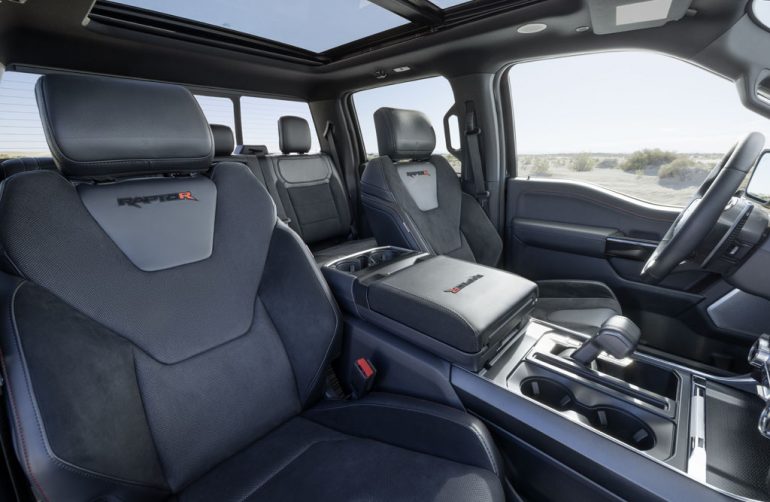