Skip to content
Home Nature For the First Time Ever, Ancient Dragons Have Hatched at the Bronx Zoo A historical event has occurred at the Bronx Zoo when, for the first time since its opening in 1899, six Komodo dragons have hatched there. This landmark is a very important step for wildlife conservation since the species is classified as endangered by the International Union for Conservation of Nature and mating between these reptiles can often be problematic, especially under enclosures. 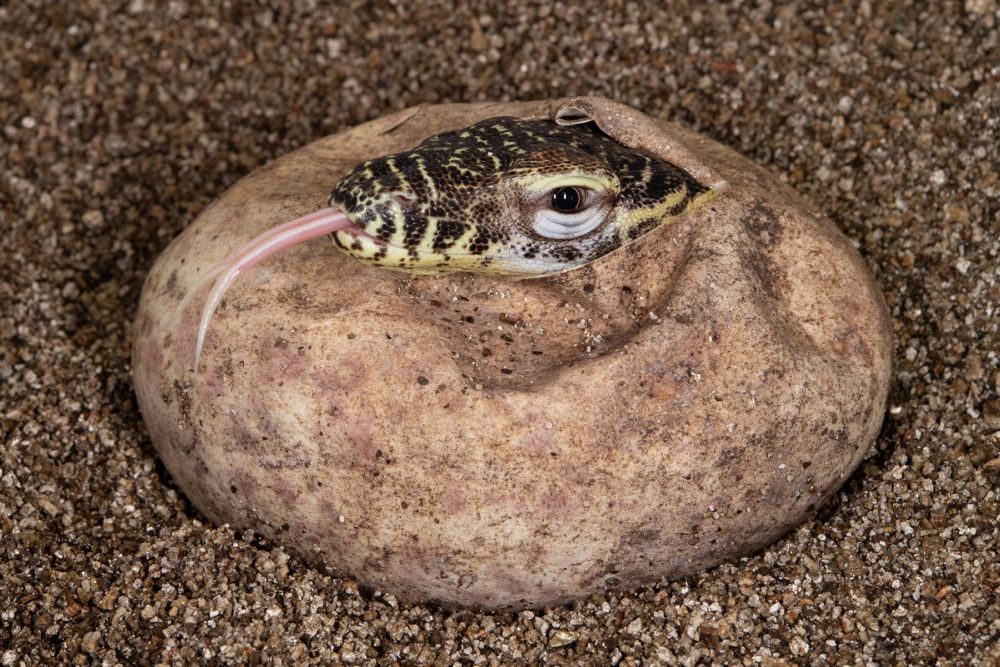 The Komodo Dragon’s natural habitat can be found on Komodo Island and a few neighboring islands of the Lesser Sunda Islands of Indonesia, but they probably have evolved in Australia millions of years ago. They have an excellent sense of smell and a venomous bite, that lowers the blood pressure of their prey, causing massive bleeding, also preventing clotting in the process, inducing a shock.

Interestingly, since the dragon females have both male and female 𝓈ℯ𝓍 chromosomes, they can reproduce without any males being around. This process is called parthenogenesis, a reproductive strategy in which an egg can develop into an embryo without being fertilized by a male. However, only male offsprings can be 𝐛𝐨𝐫𝐧 with this method of reproduction, and the small number of females within a group of dragons can lead to inbreeding.

Moreover, of the fewer than 2,500 Komodo dragons remaining in the wild, only 350 are breeding females. Therefore, parthenogenesis is not the best solution for this endangered species, and adult dragons often tend to eat the smaller members of their own species too.

So the hatching and coming of age of Komodo dragons isn’t that simple in nature. That’s why the recent hatching at the Bronx Zoo is such a success story. 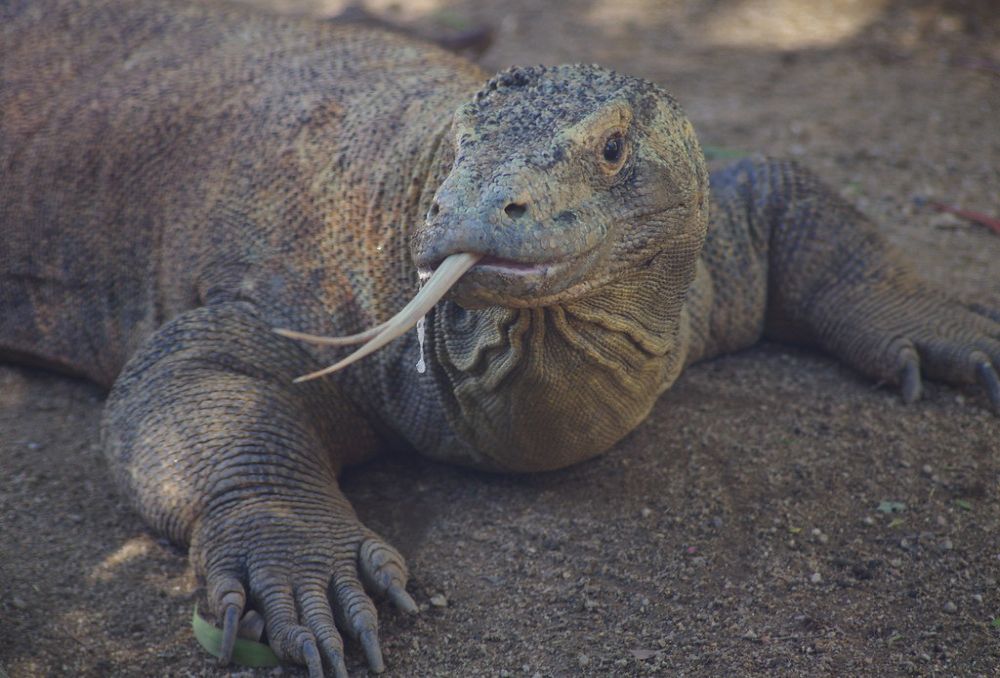 The successful breeding at the Bronx Zoo is the result of a cooperative breeding and management program administered by the Association of Zoos and Aquariums, called Species Survival Plan, and of course, years of hard work by the zoo’s staff. The Komodos had to be carefully monitored, because females are only ready to mate once every year, and when paired for mating, the behavior of adult lizards can become aggressive.

Fortunately, this time the introduction of the Komodo parents went smoothly and the female lizard laid her eggs a month after mating. The eggs were placed in an incubator, where they hatched after 212 days.

In their natural habitat, 𝑏𝑎𝑏𝑦 Komodo dragons head for the safe elevations of trees, to avoid predators, including other adult dragons. In the Bronx Zoo, they don’t have to worry about falling prey to other predators, but they can still freely climb branches and slabs of bark in their enclosure.

The younglings will almost immediately begin hunting insects and smaller lizards after hatching. They take around 8 to 9 years to mature into a fully grown adult, and are estimated to live up to 30 years. When they are fully grown, this new set of dragons will join the AZA Species Survival Plan breeding program to help assist in maintaining the species and its genetic diversity.

According to Don Boyer, Curator of Herpetology at the Bronx Zoo, these hatchlings represent a hopeful future for the species. “They will be wonderful ambassadors for their wild counterparts as they help us raise awareness about conservation needs.” 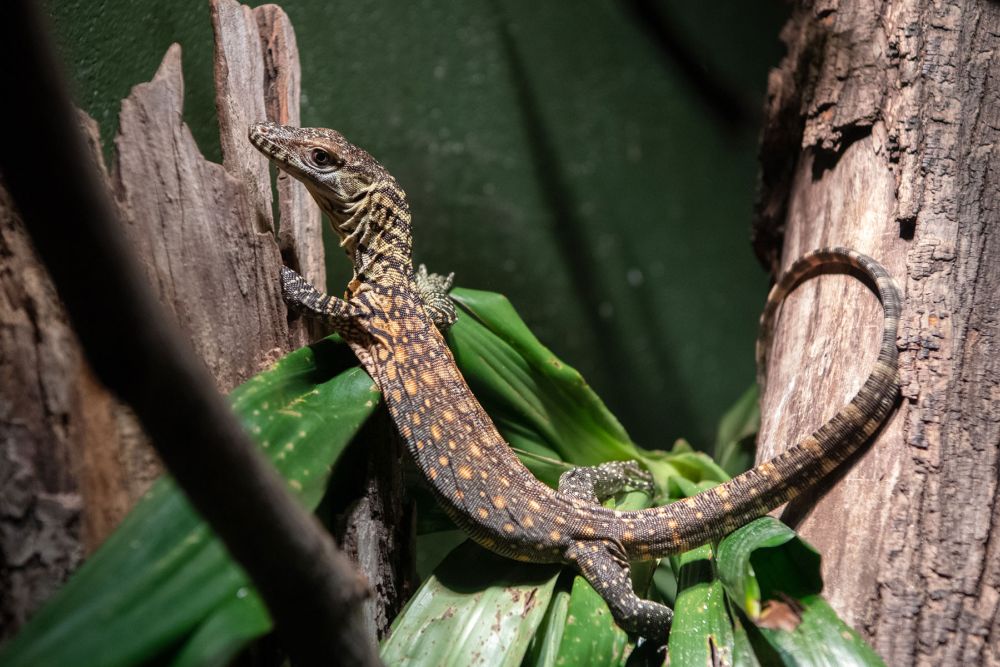 One of the young Komodo dragons that successfully hatched. They feel safe within trees and branches. Image credits: Julie Larsen Maher © Bronx Zoo/WCS

This event indeed holds a hopeful future for the species; maintaining the genetic diversity of a species improves the health of a population by including alleles (one of a pair of genes) that may be valuable in resisting diseases, pests and other stresses.

The popular interest in these large lizards has made the species to become an ecotourist attraction, which has encouraged its protection. Efforts to conserve Komodo dragons have been made by the Indonesian government as well. In 1980, the Komodo National Park was established to protect the Komodo dragon and its habitat. The national park has even organized patrols to prevent poaching in the area. 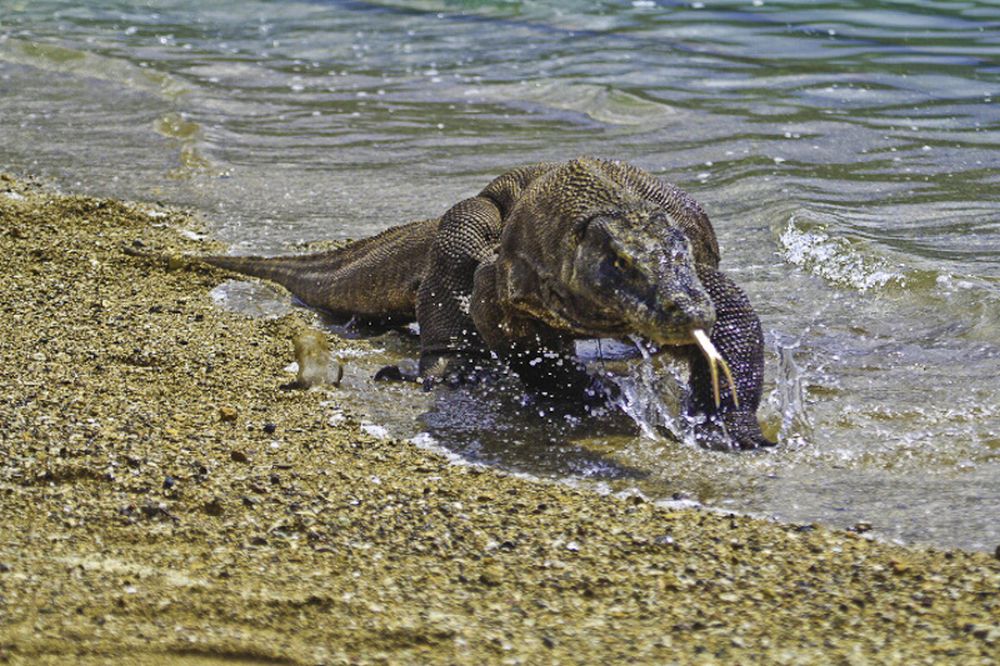 Komodo dragons are indeed a unique species, and we hope that conservation efforts will bear fruit and one day we will see these animals thrive again. The attempt by an alligator to eat a turtle with a thick shell is unsuccessful.

Most people would predict that an alligator and a turtle would ғɪɢʜᴛ it out, with the apex predator coming out on top. Few animals could have a…