Famous horse lover Viggo Mortensen has revealed that two horses he bought after filming the Lord of the Rings have died.

Mortensen, who played Aragorn in the movies, purchased two horses he rode while filming as well as one other from the set.

The Danish-American actor bought the three horses after they were put up for sale once filming was over. He grew close to two of the horses, Kenny and Uraeus, while riding them in the films.

In addition, he bought a grey horse that Arwen rides in The Fellowship Of The Ring.

Mortensen bought Uraeus, a bay Dutch Warmblood, and Kenny, a chestnut Thoroughbred, for himself.

The two horses went to live with a vet in New Zealand, with the actor visiting them on a regular basis. 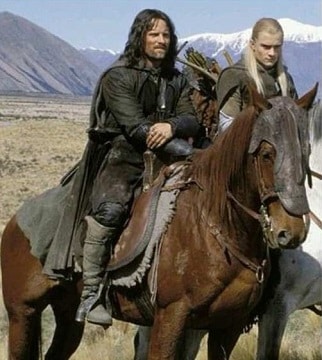 He purchased the grey horse, an Andalusian named Florian, for a stunt woman with who he became friends during the production of the beloved series.

“I knew how much she liked that horse, so I bought it for her. That one is still around, but the other two have passed away. They were of a certain age already when we were shooting and that’s 20 years ago now,” Mortensen told NME news.

The vet who cared for Mortensen’s horses, Ray Lenaghan, is married to Jane Abbott, the stunt woman who owns Florian. The couple actually met on set during the filming of the movies.

Mortensen broke the news of the passing of his horses in a recent interview. However, not all of the interview was grim.

Mortensen also spent time reflecting on filming the movies, including a particular scene that was cut out. 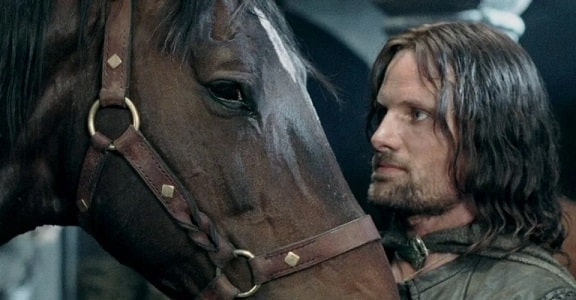 Though the news of Mortensen’s horses passing is sad, their legacy lives on in one of the most famous film series.

Thanks to the actor, Kenny and Uraeus had a wonderful life after starring in the Lord of the Rings trilogy.