A very rare, and unusual sighting off Seattle coast, has recently left, both wildlife enthusiasts and scientists baffled. A beluga seems to feel extremely comfortable in these waters, all alone. The last time, one was spotted here is over 80 years ago. But nevertheless, what’s even more intriguing is that the marine creature is nearly 1,500 miles from home.

Belugas are extremely social creatures and they live in large groups in the freezing waters off the Arctic. So it is very unusual to spot a beluga – all alone – swimming 30 miles off the Seattle coast. Now, the marine scientists are trying to shed light on this odd behaviour.

“The closest beluga population is Cook Inlet, Alaska(nearly 1,500 miles away from Seattle),” Howard Garrett, co-founder of Orca Network, explained for Live Science. “I haven’t checked the water temperatures there, but I’m sure they’re a bit colder up there than here.” 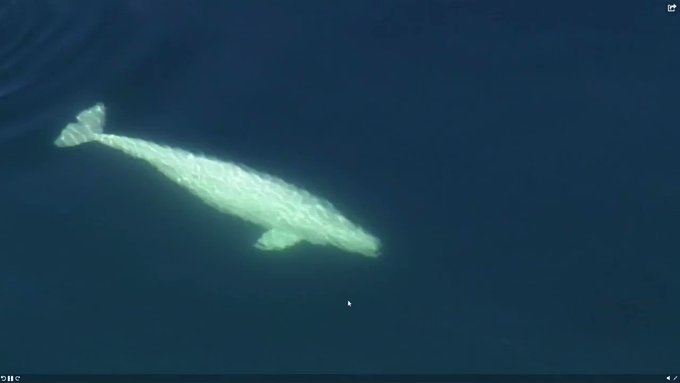 “It was a surreal experience, to be sure,” the man told Live Science. “Sailing in Commencement Bay was the last place we thought we would see a whale, much less a beluga! There it was, swimming along peacefully, although it really felt out of place.”

So far, nobody has an explanation for the beluga’s odd behaviour. However, the marine experts have noticed the mammal has been swimming around three different shipyards.

“I don’t understand the attraction of a shipyard to a beluga,” said Howard Garrett. “Until we have some indication, my default theory is that this whale just decided to go out walking, go explore. It’s not totally unprecedented, but definitely very rare.”