Skip to content
Home News A Flaming Head Full Of Fiery Orange And Yellow Means This Bird Burns Like A Feathery Fireball, Especially In Spring – Meet The Western Tanager! An intense-looking bird that burns like a flame with his orange-red head, brilliant yellow body, contrasting perfectly with jet-black wings. 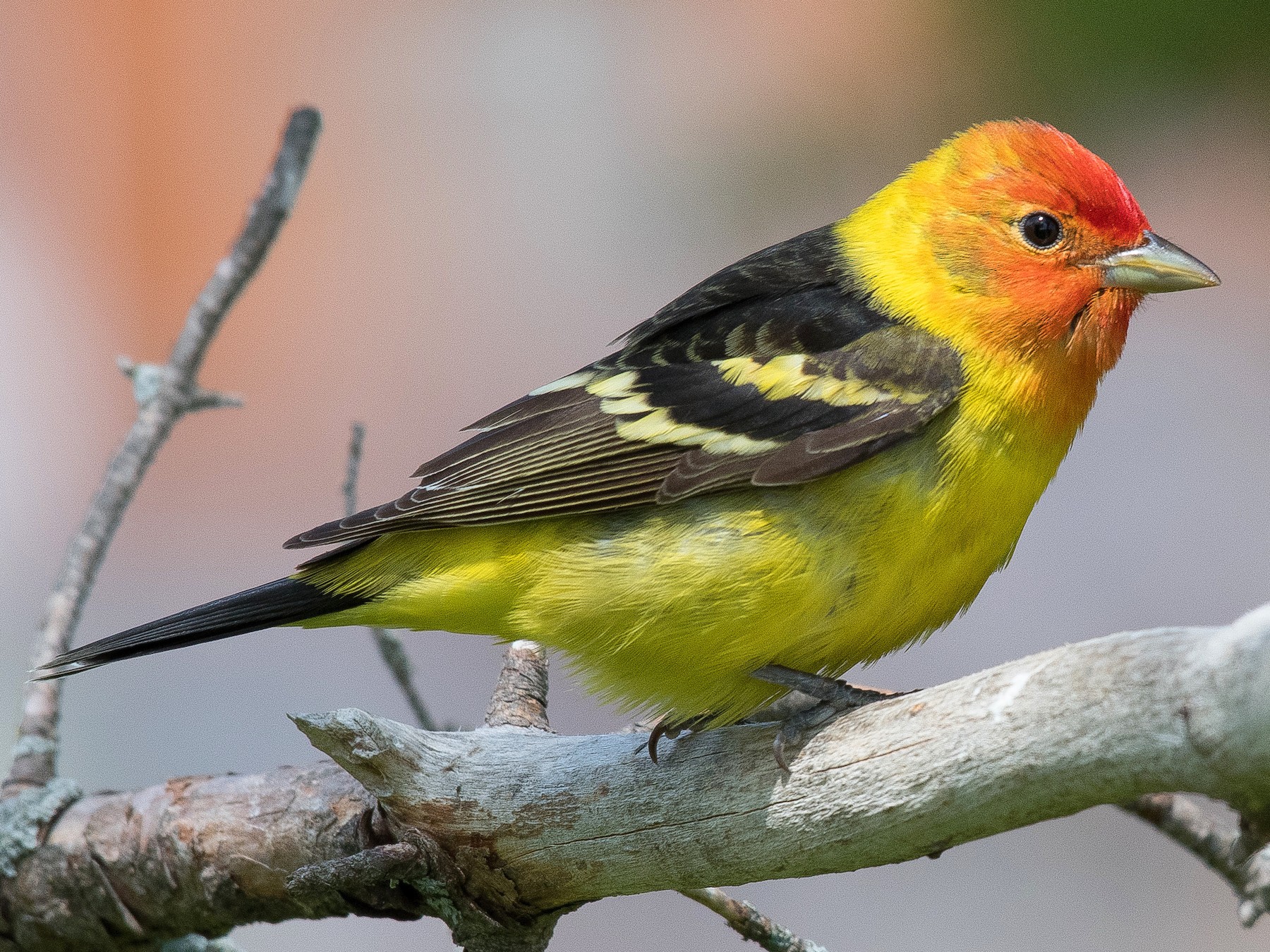 The western tanager (Piranga ludoviciana), is a medium-sized American songbird formerly in the tanager family. Adult males have a pointed bill, a yellow belly, and light yellow wing bars. He also has a bright red face and yellow nape, shoulder, and rump. His upper back, wings, and tail are black. 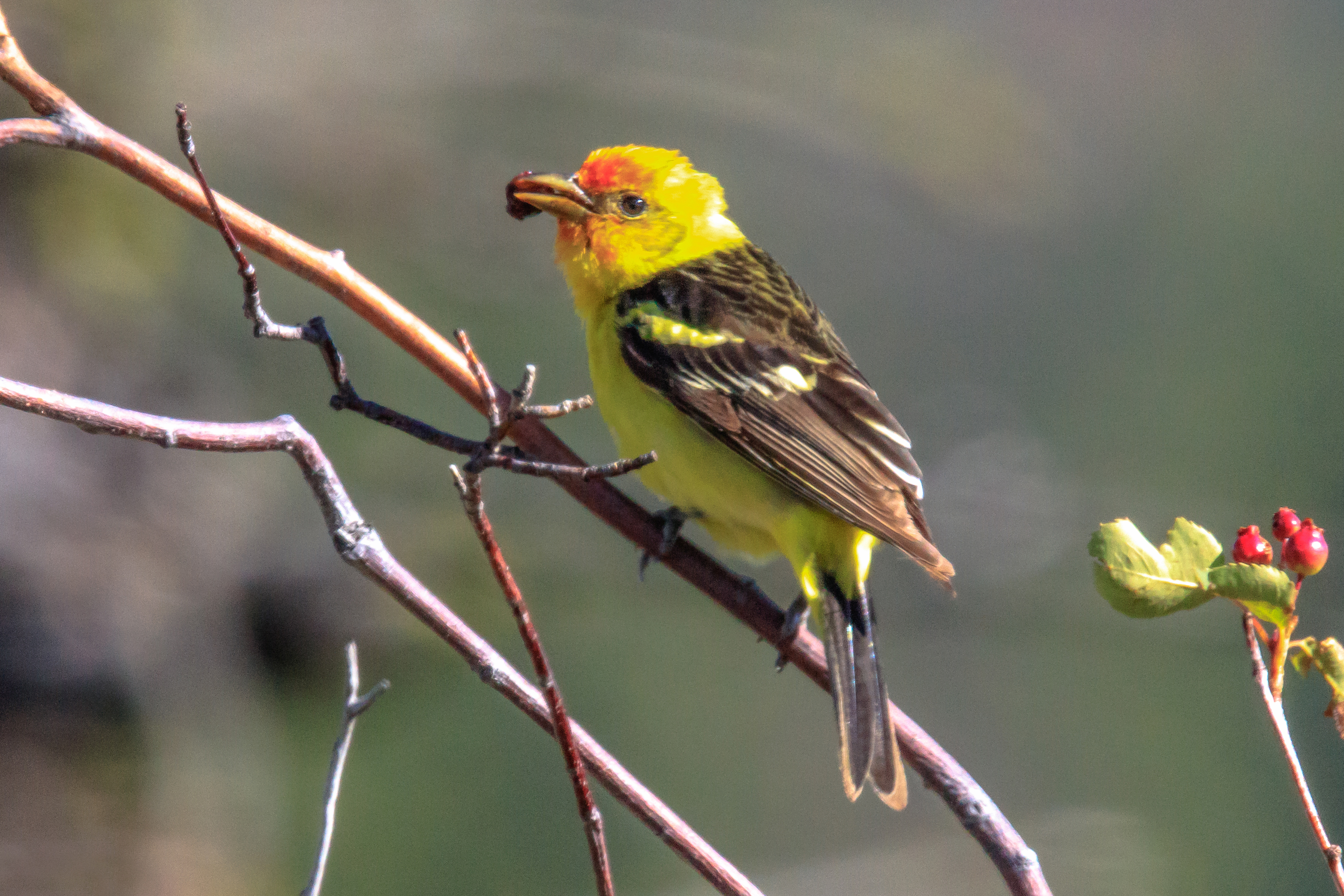 Females have a yellowish head with an olive back, dark wings, and tail.

The breeding range of this bird is from southeastern Alaska south to northern Baja California into Mexico. 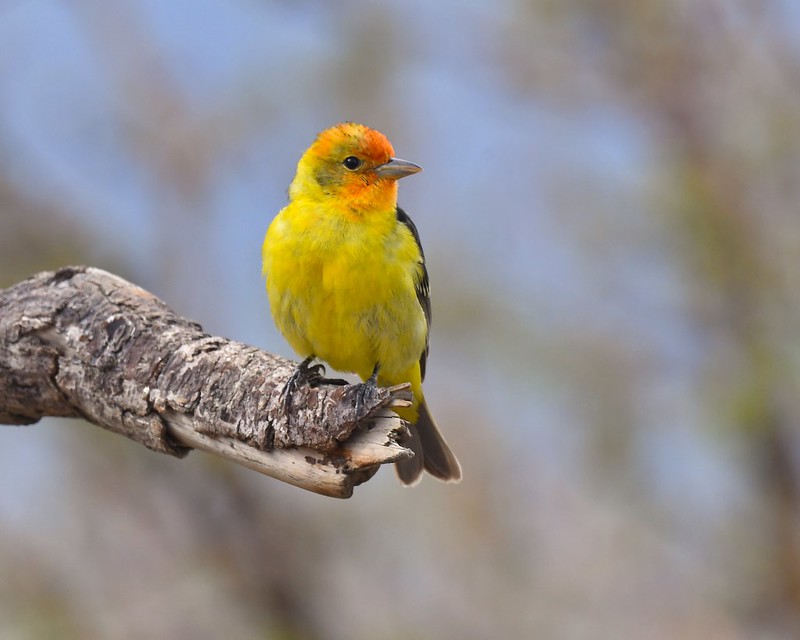 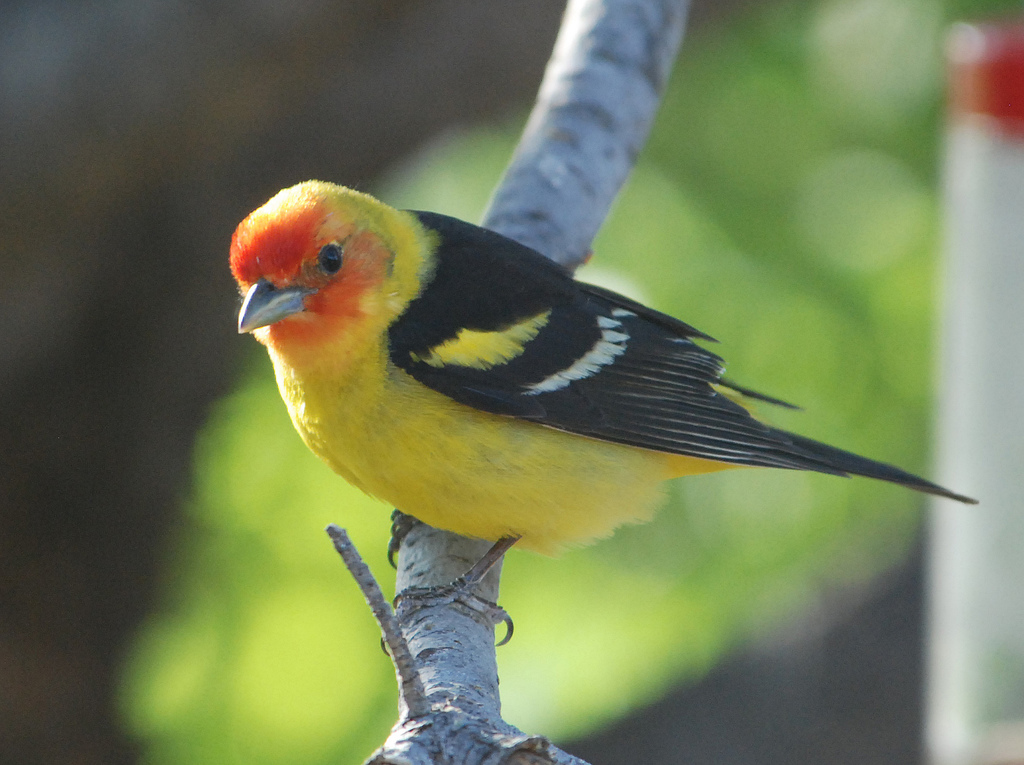 Western Tanagers dine mostly on insects, including wasps, bees, ants, beets, grasshoppers, termites, and cicadas. They eat berries too, like mulberries and elderberries as well as fruit too.

During the breeding season, a nest is built usually in a coniferous tree, such as pine or fir. The nest is usually placed in a fork or horizontal branch about 15 – 65 feet above the ground. The nest is built with twigs, grass, rootlets, lined with animal hair and fine rootlets. Three – five eggs are laid within which are incubated by the female for around 13 days. 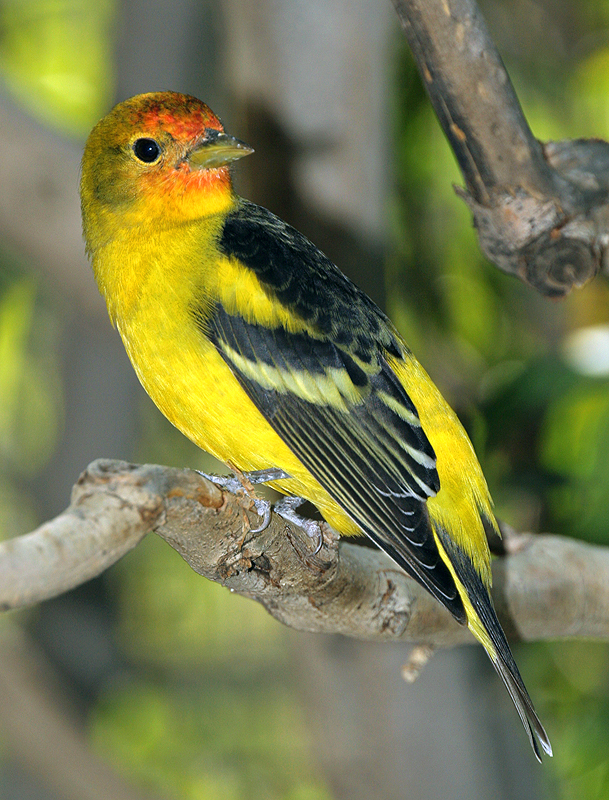 Both parents bring food to the young who leave the nest after about 2 weeks.

Due to this species’ very large range, it does not approach the thresholds for Vulnerable under the range size criteria set by the IUCN. 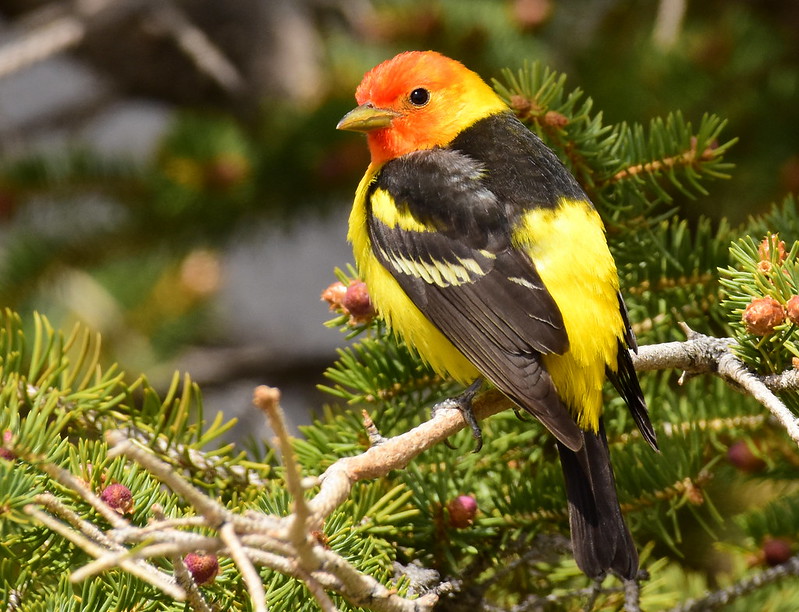